Even the Devil’s “Spiritual Warfare” Could Not Derail My Family’s Third Adoption April 14, 2015 Terry Firma

I’ve written almost nothing for Friendly Atheist for the better part of three weeks. It wasn’t entirely by choice: Where I had traveled, in China, Internet access was spotty, and when connections were stable and speeds were decent, sites that Hemant and I frequently rely on for our coverage were blocked or hamstrung by the Chinese authorities — from Google to YouTube, and from the New York Times to Facebook.

Why was I in China? Because in late December of 2013, my wife and I became aware of a Chinese girl who needed a family. We’d adopted twice before, and this child’s special need — an eye defect — was identical to that of our first adoptive daughter, so the four of us felt well-qualified to welcome the little one into our family and deal with the issue.

In late March, after more than a year’s worth of paperwork and nail-biting, my wife and I and our two daughters traveled to meet our third daughter and sibling. Her name is Mei-Mei. She’s five. Right after she was born, Mei-Mei spent eight months in a hospital, and all her ensuing years in an orphanage. But she’s home with us now, and things are looking up. 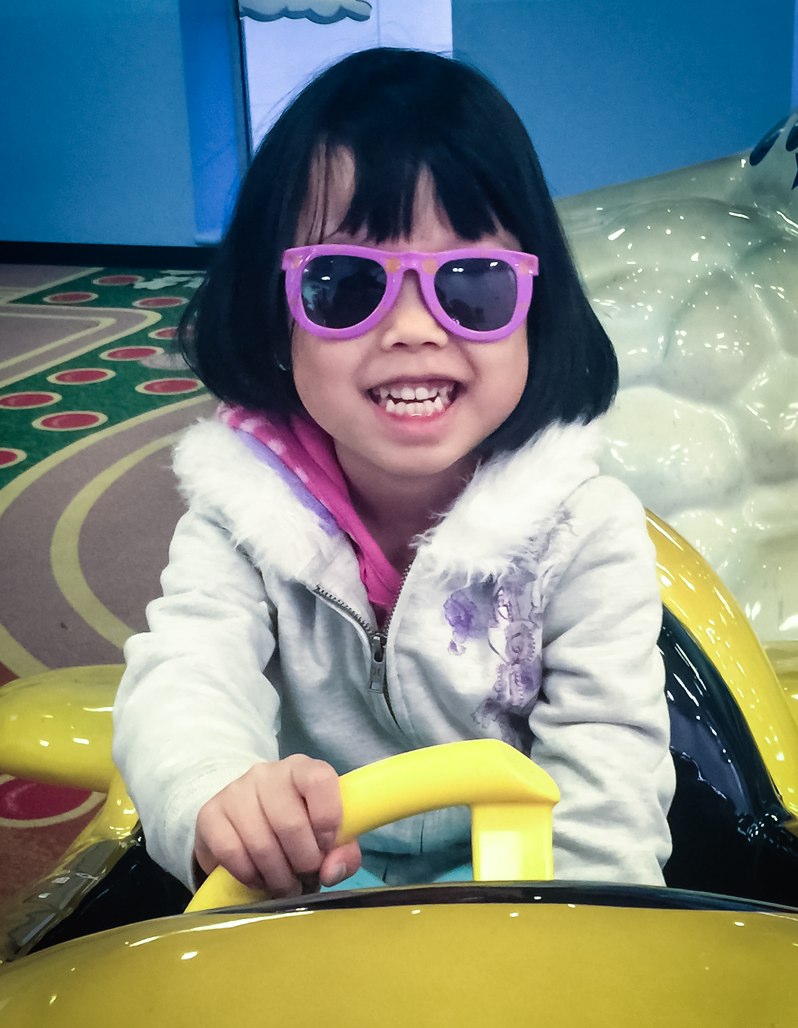 Honest, I’m awed and astonished by this girl. After a bad start, including 52 months in institutional care, she’s not beaten down or fearful or even particularly needy beyond what you’d expect from any five-year-old. Every challenge life threw at her, she swatted away. She is all about playing, laughing, dancing, and learning. She loves to be picked up and twirled around, happy to be in the company even of two adults who look nothing like her (and two sisters who do), and already determined to show she can be just as bright and enterprising as her older siblings, her brand new role models.

In the months before we traveled, my wife and I often visited one Facebook group in particular, where adoptive parents share information about travel arrangements and other logistics. Everyone was very helpful, but hanging out there also became slightly maddening to me because of the frequent Jesus talk. To some participants, adoption was clearly a metaphor for salvation, an extension of Christian ministry. It often seemed that every other comment was the well-meaning but occasionally grating “I’ll pray for you!”; and a significant portion of the posts were Bible verses or full-throated shoutouts to God’s love (I responded to one with a thread-ending inspirational quote by Richard Dawkins, just to signal that not all adoptive parents are driven by religious motives).

Right after the five of us made it home, I realized we’d dodged a bullet, because a new post in the Facebook group read

OK, this is crazy, but I’ve seen at least at least three people in this group post about vehicle trouble today — car not starting, etc. What’s up with that?

Another parent then responded earnestly by referring to the devil and evil spirits:

Spiritual warfare is the worst in the two weeks before you travel. Hang in there; with God, you’ll get through anything.

Oddly enough, our Explorer started right up, even after it spent almost three weeks in a frigid airport parking lot.

I’ll take that as a sign of good things to come.

April 14, 2015
Ted Cruz's Father Campaigns for Son, Christian Rule, and War on the Faithless
Next Post

April 14, 2015 University of Florida's New Building Includes Bible Verse Urging Students to "Walk Humbly with Your God"
Browse Our Archives
What Are Your Thoughts?leave a comment