A few days ago, at the invitation of Iowa State Rep. Liz Bennett, Wiccan priestess Deborah Maynard delivered the opening invocation in the State House.

It was an excellent invocation, as far as those go, even though it was met with a silent protest by at least one lawmaker and complete dismissal of it by many others who instead attended an alternative prayer service arranged by Family Leader’s Bob Vander Plaats. 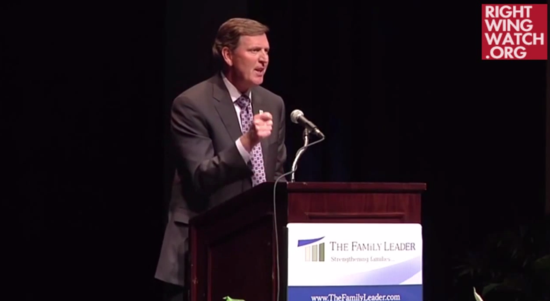 Just this morning, in the Iowa capitol, which is totally within the religious liberty right, but you had a state representative invite someone to deliver a Wiccan prayer. Now, you may say that’s religious liberty, but I’d say you’d better be careful if you want to start mocking the God that you’re asking to bless this country. That’s a huge concern.

Because religious liberties must be protected at all costs… unless we’re talking about a non-Christian religion, in which case someone needs to sound the alarms.

(via Right Wing Watch. Thanks to Joe for the link)

April 14, 2015
Georgia Lawmaker Rewrites Bill to Offer $350,000 in Tax Breaks to Christian School Where He's a Trustee
Next Post

April 14, 2015 Ted Cruz's Father Campaigns for Son, Christian Rule, and War on the Faithless
Browse Our Archives
What Are Your Thoughts?leave a comment