How Christians Think They Can Convert Atheists… According to WikiHow April 13, 2015 Bo Gardiner

How Christians Think They Can Convert Atheists… According to WikiHow

You learn a lot about campaigns when you read their strategy memos. WikiHow contributors have put together a page on How to Persuade an Atheist to Become Christian, and it’s probably a little more revealing than they intended.

So while I’ve taken the small liberty of providing a helpful title for each step, here are Christian WikiHow authors’ actual instructions for how to convert an atheist: 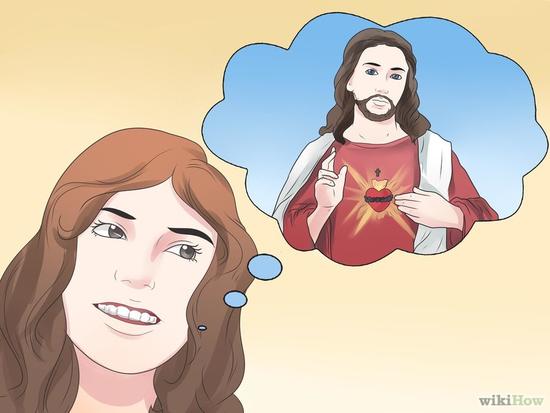 If you want to discuss your faith with a nonbeliever, it’s very important to plan how you would begin approaching the subject tactfully

The middle of a debate or argument probably isn’t a time to have gracious persuasion in matters of faith. Likewise, the workplace, the busy dinner table, or large group is not the right place to discuss your good news or offer of a different life with a nonbeliever.

If the topic comes up, set aside another time to discuss some important matters (“oh, interesting stuff, a sort of discussion over coffee or such, about what you and I think about today’s issues… ways of seeing success and progress in whatever we do… No. Not selling. Not buying or investing money, no. Let’s have a talk and some good discussion, okay? No, not a debate.”)

Bait-and-switch is a time-honored method to snag that wary prey easily spooked unbeliever.

2. SAY you respect their beliefs (even though you know someone with those beliefs deserves eternal torture)

If someone feels like you’re trying to “save” them, it can seem condescending and frustrating for your friend.

… If you hope to convince anyone of your point of view, you have to first be ready to calmly take a genuine interest in that person’s point of view…

An idea can be edgy, if it’s dispassionate and worth talking about. Discriminating tastes in food and in life’s issues, for some good stuff, means you have an angle (a stand), a point of view.

Later, you can admit to them that Jesus really hates edgy.

An atheist may want to hear definitive evidence, not a discussion of your faith, but a discussion of Christianity isn’t a debate between “science” and “faith.” Treating this like a debate of facts will get you nowhere with a nonbeliever.

Because, you know, facts have an atheist bias.

4. Be prepared for people who place an oddly high value on “ethics and reason” rather than faith

A persuasive discussion of faith can be very interesting when two persons’ ideals are as diametrically opposed as the atheist’s (nonbeliever) and yours as a Christian.

Many atheists may not consider their personal belief system to be a negotiable part of who they are. They are more concerned with their behavior, with being a reasonable person, than what “faith” or ideology that action stems from.

Doing the right things for the right reasons? Not because you were told to by a higher authority? That’s just crazy talk.

5. Avoid bringing up science or the Bible 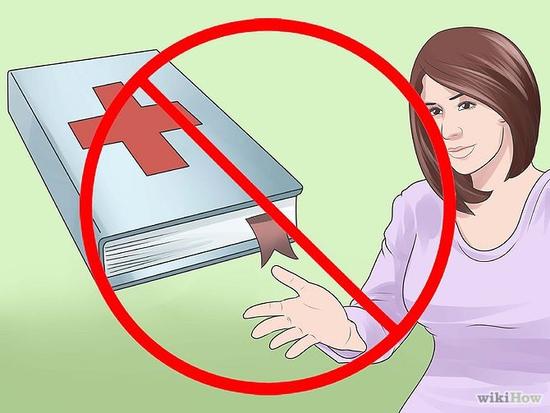 Don’t try to debate the specifics of the Bible. A discussion between a believer and a non-believer doesn’t need to be a debate about science, or creationism, or an intricate dissection of the creation of the world as discussed in Genesis… Avoid these subjects.

Because the Bible is like a restaurant: If you want to enjoy the results, do not go looking around too closely.

If your friend constantly wants to discuss Biblical fallacies… don’t engage in debate. All you need to say is “That’s not possible to know, and I’m comfortable with that. It doesn’t make me any less of a believer.”

… you need to be ready to answer how your faith is not about arguing the “fallacies” or good points of the world’s religions or various past or present civilizations and their deities.

Atheists won’t catch on that “It’s not possible to know” is really the old cliché “Mysterious Ways!” Whenever stuck, simply use these two words: “Free will!” Because it doesn’t need to make sense, it just has to sound deep.

7. Instead of reason, appeal to their desire to be liked

Rather than trying to convert someone to your religious beliefs by winning an argument, Christians believe it’s more important to show friendship unconditionally. It’s that simple kind of personal, loving regard that can appeal to others. We may think of “souls”, but they want to admire and be admired/loved like friends and nice family…

It may also be useful to tell your friend about people you’ve met at church and the community that you’ve built there.

This assumes, of course, that atheists want to be liked. Polls show atheists aren’t popular; could it be related to anything Christians say about them? Nah…

8. Don’t let them know you’re praying for them

If you want to pray for your friend, do it in private. Ending a contentious conversation by saying “I will pray for you” can be seen as rude…

Don’t use public prayer as a pious demonstration. If God is going to answer your prayer and convert the atheist, then he would do so whether the atheist hears it or not.

“Don’t let them know you’re praying for them”? Good. Oh so very good. We beg you.

9. Best to leave out the part about what God does to atheists

Always speak from a place of good news…

In general, it’s best to avoid discussing the concept of eternal punishment for non-Christians with an atheist, which will turn into a debate.

Atheists do love to debate. And studies show that torture threats rank highly on the list of concepts they question.

10. It’s probably hopeless, even for God, but try anyway

It is very likely your friend will not convert. Most Atheists have a solid view of what they believe, and while most are open to discussion, the chance of one converting is more than unlikely.

First and foremost, recognize again that there is a good chance you will fail to convert the atheist in question. If you do fail, don’t be disheartened!… Jesus said: Peace (don’t worry); as the Father has sent me, even so, “I send you.”

… Christians believe that it is up to God, ultimately, to convince people to follow.

Because, to be honest, if the Omnipotent Ruler of the Universe™ can’t convince His own creations that He exists, how the hell are you going to it?