Australian Government: If You Don’t Vaccinate Your Kids, We Won’t Give You Child Care Payments April 12, 2015 Hemant Mehta

Australian Government: If You Don’t Vaccinate Your Kids, We Won’t Give You Child Care Payments

Prime Minister Tony Abbott (below) says he plans to close the loophole that allows anti-vaccination parents to receive child care subsidies from the government. Considering Abbott’s reputation for being anti-science and pro-religion, this is a surprising (but welcome) move. 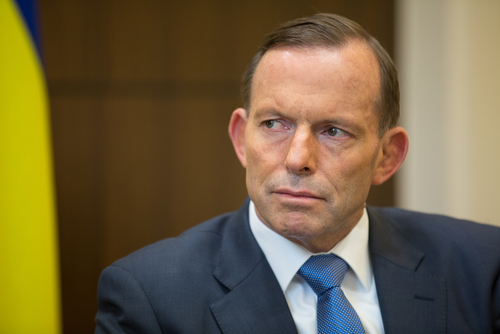 “The Government is extremely concerned at the risk this poses to other young children and the broader community,” Mr Abbott said.

“The choice made by families not to immunise their children is not supported by public policy or medical research nor should such action be supported by taxpayers in the form of child care payments.”

From 1 January 2016 people who are registered conscientious objectors will no longer receive either of the two childcare payments — the childcare benefit and the childcare rebate — or the end of year supplement to Family Tax Benefit Part A.

People who have medical grounds for not vaccinating will continue to receive government payments.

But people with religious reasons will have their eligibility for government payments tightened.

They will only continue to receive childcare and family tax payments if they are affiliated with a religious group whose governing body has a formally registered objection approved by the federal government.

Even with the exemptions, that’s probably as tight a policy as you could have. Abbott said (as any politician would) that this wasn’t about saving money — the subsidies can reach up to $15,000 per child — but about protecting public health. The policy appears to have bipartisan support.

The number of unvaccinated children (under the age of 7) in Australia is estimated at 39,000.

(Image via Drop of Light / Shutterstock.com. Thanks to Peter for the link)