Vani Hari, the “Food Babe,” Doesn’t Know What She’s Talking About, Says Scientist Who Does

Yvette d’Entremont does an excellent job of explaining why Vani Hari, the “Food Babe,” has no idea what she’s talking about (which is the main qualification you need before appearing on Dr. Oz, which she’s done multiple times): 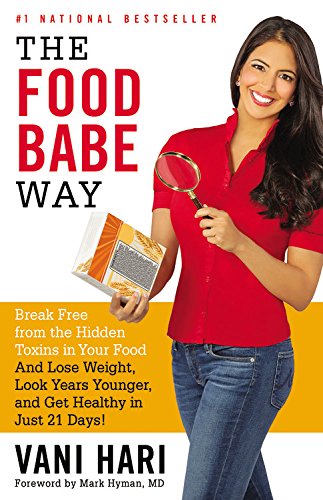 Vani Hari, AKA the Food Babe, has amassed a loyal following in her Food Babe Army. The recent subject of profiles and interviews in the New York Times, the New York Post and New York Magazine, Hari implores her soldiers to petition food companies to change their formulas. She’s also written a bestselling book telling you that you can change your life in 21 days by “breaking free of the hidden toxins in your life.” She and her army are out to change the world.

I am an analytical chemist with a background in forensics and toxicology. Before working full-time as a science writer and public speaker, I worked as a chemistry professor, a toxicology chemist, and in research analyzing pesticides for safety. I now run my own blog, Science Babe, dedicated to debunking pseudoscience that tends to proliferate in the blogosphere. Reading Hari’s site, it’s rare to come across a single scientific fact. Between her egregious abuse of the word “toxin” anytime there’s a chemical she can’t pronounce and asserting that everyone who disagrees with her is a paid shill, it’s hard to pinpoint her biggest sin.

And that’s just the prelude.

It’s a great takedown of a bullshit peddler who has a lot of followers because of her ability to sound smart without actually saying anything intelligent.

Will it change anything? Probably not. If the New Yorker‘s takedown of Dr. Oz didn’t undermine his credibility, I’m pretty sure a post on Gawker won’t stop Hari’s growing stardom. But maybe some people will start to take her suggestions less seriously… or, at the very least, maybe they’ll Google her name before buying her snake oil.

April 7, 2015
Your Wish Has Been Granted: They're Finally Making a Sequel to the Left Behind Movie
Next Post