Get ready to see National Day of Reason proclamations issued by mayors and governors across the country.

First up this year, at the request of the Omaha Coalition of Reason, is a proclamation signed by Nebraska Governor Pete Ricketts: 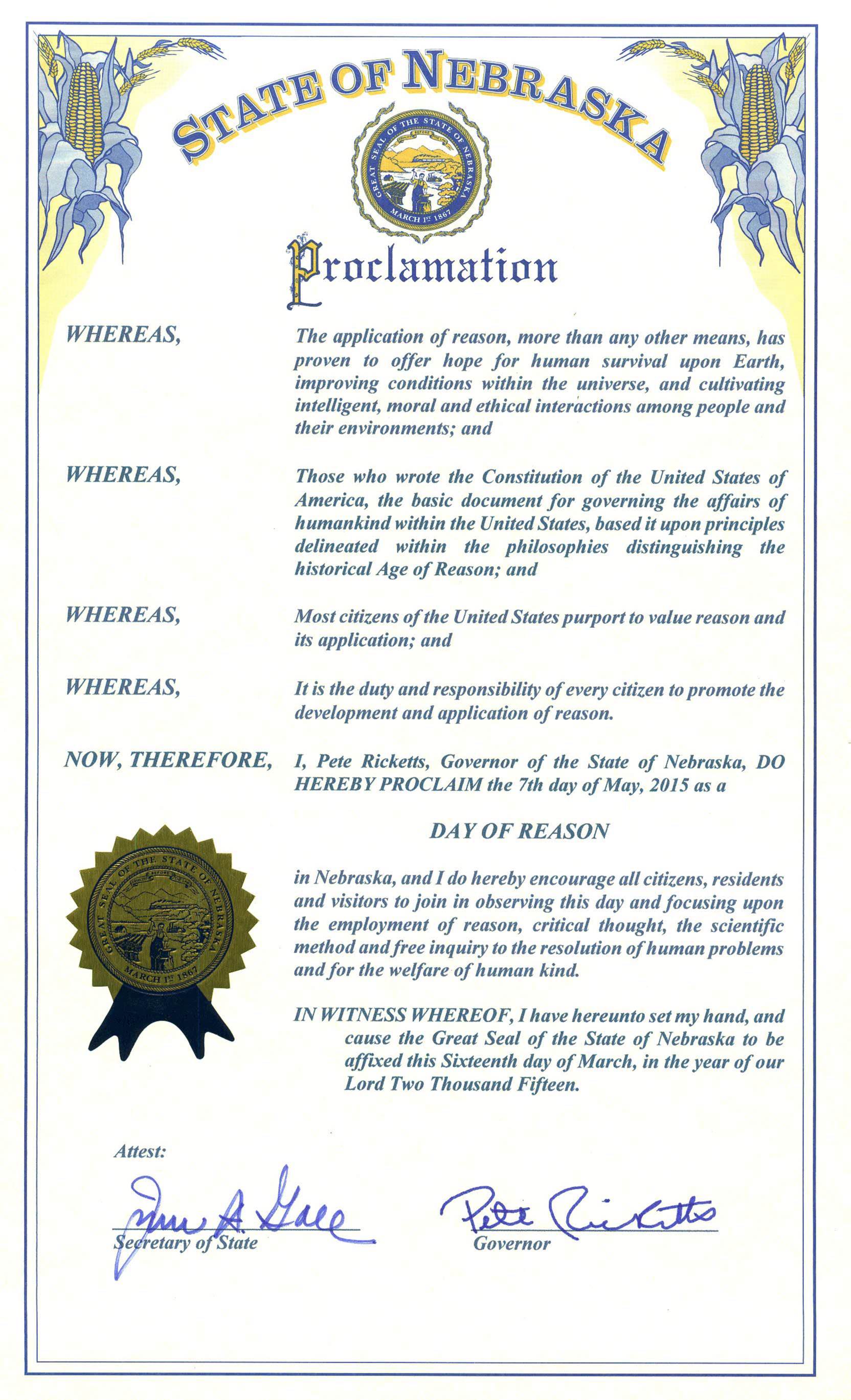 WHEREAS, The application of reason, more than any other means, has proven to offer hope for human survival upon Earth, improving conditions within the universe, and cultivating intelligent, moral and ethical interactions among people and their environments; and

WHEREAS, most citizens of the United States purport to value reason and its application; and

WHEREAS, it is the duty and responsibility of every citizen to promote the development and application of reason.

NOW, THEREFORE, I Pete Ricketts, Governor of the State of Nebraska, DO HEREBY PROCLAIM the 7th day of May, 2015 as a

in Nebraska and I do hereby encourage all citizens, residents and visitors to join in observing this day and focusing upon the employment of reason, critical thought, the scientific method and free inquiry to the resolution of human problems and for the welfare of human kind.

The Omaha CoR also got a proclamation from the Mayor of Bellevue, Rita Sanders: 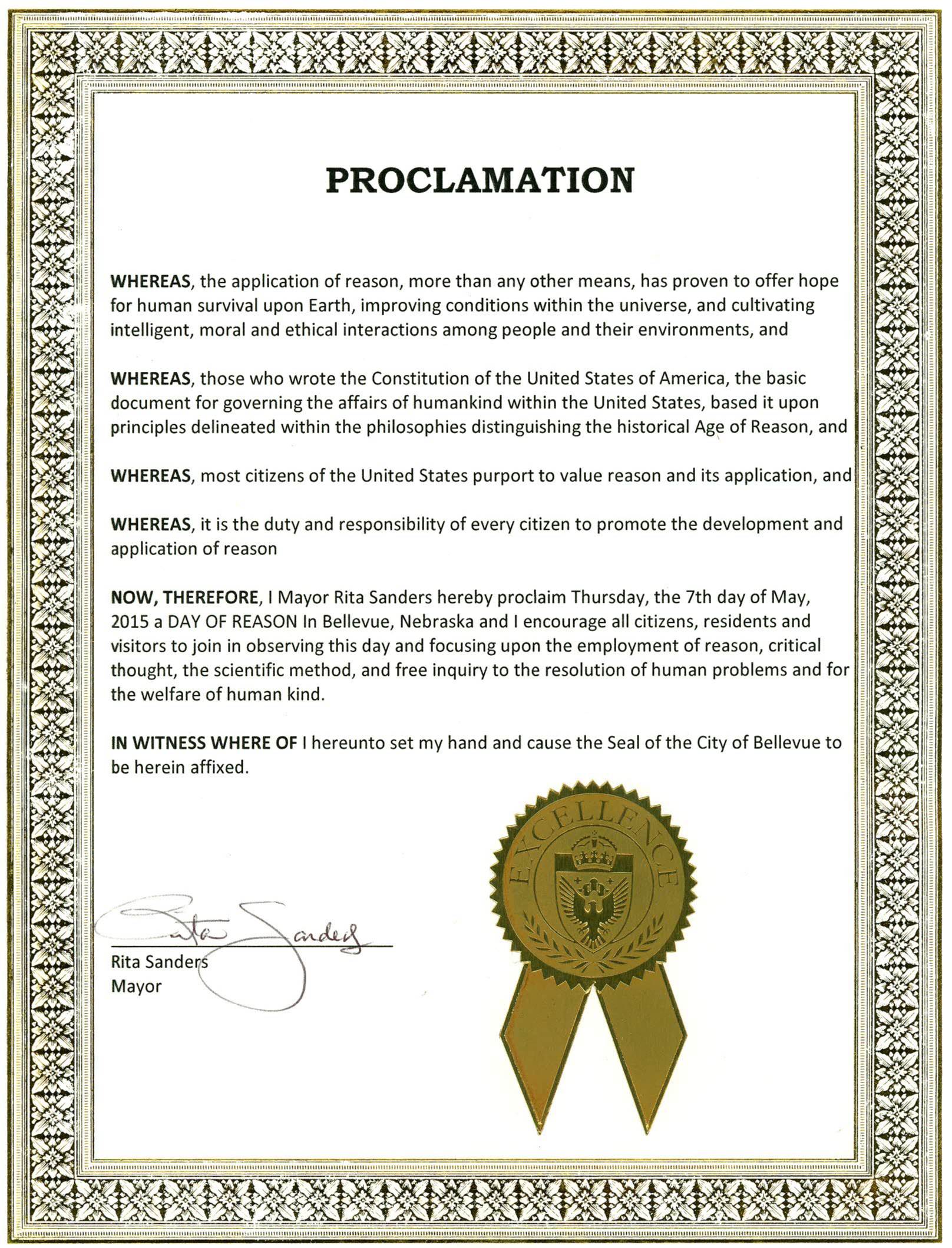 These proclamations have no legal weight, but it’s a nice recognition. And there will hopefully be many more to come.

April 7, 2015
Once Again, Logic and Reason to the Rescue
Next Post

April 8, 2015 He May Want to Stop Walking on Water Then...
"Mince pies are a traditional Christmas sweet in UK. https://www.bbcgoodfood.com/recipes/mince-pies"
San_Ban Christian Mother: Staying in a Broken ..."
"I wonder if she realises this could mean forgoing life-saving medicine for herself or her ..."
Gwen Pryce Angry Christian Mom Boycotts Drug Company ..."
"I think "fix" is used in the Mafia way here.Like "I want you to take ..."
Virtual Blue GOP Senator: I “Can’t Pray for ..."
"What can he even hide behind?Just a few more meals and he'll have his own ..."
Virtual Blue Christian Mother: Staying in a Broken ..."
Browse Our Archives
What Are Your Thoughts?leave a comment