Indian Atheist Requested the Constitution Instead of the Bhagavad Gita When Taking Oath, but the Judge Said No April 6, 2015 Hemant Mehta

Indian Atheist Requested the Constitution Instead of the Bhagavad Gita When Taking Oath, but the Judge Said No

This one’s hard to verify, so take it with a grain of salt.

According to the Indian Express, Sunil Bhalerao (below), an election official in charge of making sure everything is running smoothly, noticed something weird last year: 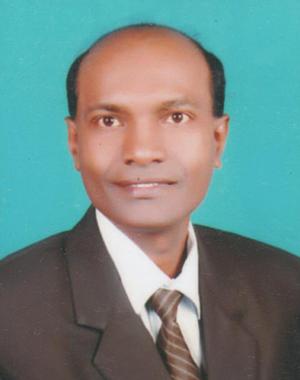 On April 5, 2014, at around 4.23 pm, his team intercepted a white Maruti Swift at Bhiwandi’s Sai Baba junction having the label of a political party and searched the car. The surveillance team, comprising a police constable, a videographer, a driver and Bhalerao himself, recovered Rs 6 lakh from the car’s boot.

“As an officer on election duty, I had magisterial powers at that time. So, I arrested the owner and two others who were in the case and took them to the Shanti Nagar police station and got a case registered,” said Bhalerao, adding that the car belonged to a person named Ashok Thawani.

So… there were shenanigans and Bhalerao did his job by reporting them to the authorities.

But when the case got in front of a judge and Bhalerao had to testify, they asked him to take his oath on the Bhagavad Gita. As an atheist who believes in Buddhism, he asked the court to substitute the Indian Constitution, as he had done in the past, but that didn’t go over so well:

“…the judge asked me to leave and I was not allowed to depose,” said Bhalerao.

He said that the judge’s refusal not to allow him to take oath on the Constitution also amounts to its insult. “There should be an inquiry and the judge should be directed to record my evidence,” he wrote.

Bhalerao sent this letter to the Chief Justice of the Bombay High Court, but no word yet on what, if anything, will come of it.

(On a side note, why did the Indian Express put “atheist” in quotation marks in the headline? That was unnecessary…)

April 6, 2015
Texas High School Continues to Push Christianity on Students Even After Several Warnings
Next Post