An Atheist Dad Left His Kids with a Relative… Who Used the Opportunity to Proselytize. What Should He Do? April 6, 2015 Hemant Mehta

An Atheist Dad Left His Kids with a Relative… Who Used the Opportunity to Proselytize. What Should He Do?

I received a message from an atheist father the other day.

His sister-in-law wanted to spend some quality time with his two daughters by taking them out for ice cream — why would he say no to that? So the girls went with their aunt. When they arrived, the aunt’s pastor was waiting for them…

The father explained the situation in this image: 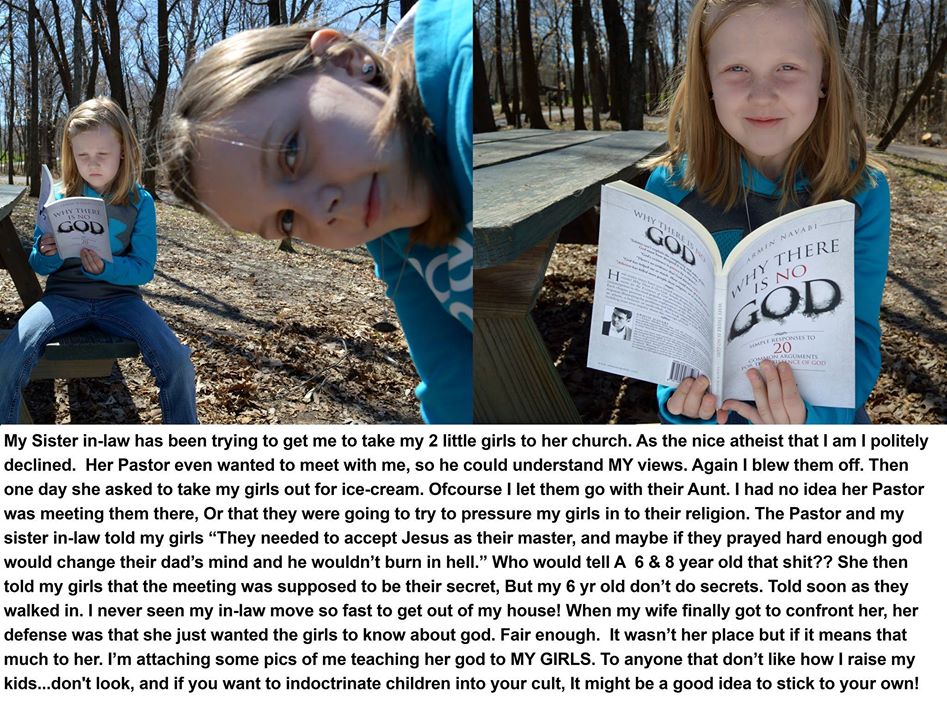 How would you handle this if you were the father? Personally, I’m tempted to give the aunt an ultimatum: if anything like that ever happens again, she will not be allowed to see the girls in the future. If she wants to maintain a relationship with them, she has to leave the religious education to the parents. Maybe that’s easier said than done.

This image is getting a tremendous response on Facebook and you can see what people are saying right here.