Indiana’s RFRA Law is a “War Between Good and Evil,” Says Televangelist Who Forgot the Whole “Love the Sinner” Thing April 2, 2015 Hemant Mehta

Indiana’s RFRA Law is a “War Between Good and Evil,” Says Televangelist Who Forgot the Whole “Love the Sinner” Thing

It’s not surprising to hear a televangelist speak out in support of Indiana’s disastrous “religious freedom” bill. But to hear Matthew Hagee say so bluntly that this is really a battle between “good and evil” — guess which side gay people are on? — gives us quite a bit of insight into how evangelical Christians think: 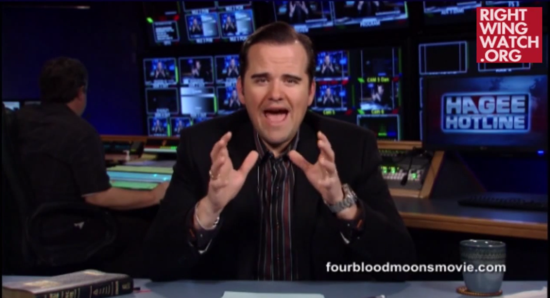 Remember what this fight is (mostly) about: Whether Christians who own public businesses can refuse to serve certain customers because they don’t like what their goods will be used for. Somehow, Christians who serve pizza, arrange flowers, and bake cakes just became the front line of defense in the War Against Evil… which is really the war against civil rights and treating LGBT people as humans. That’s how pathetic their side has become.

We always knew “love the sinner” was a joke to begin with. But how can you reasonably ask people to love those whom you’re calling “evil”?