The other day, I posted about a Louisiana school district (Caddo Parish Public Schools) that was constantly promoting religion. One example was this newsletter handed out to students at Walnut Hill Elementary/Middle School: 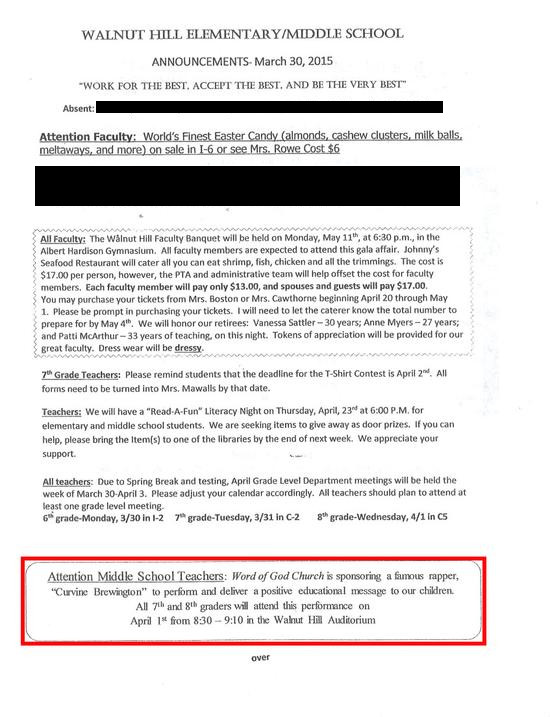 Curvine Brewington is a proselytizing rapper who apparently doesn’t want to wait for kids to come to him after school. He posted this on his Instagram page yesterday: 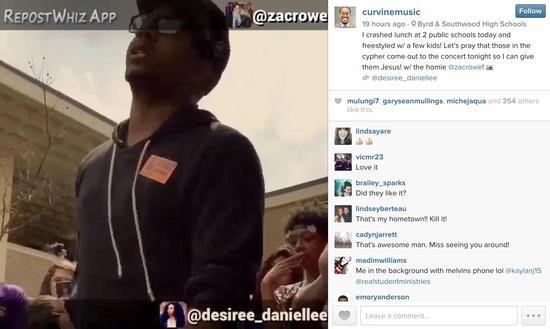 I crashed lunch at 2 public schools today and freestyled w/ a few kids! Let’s pray that those in the cypher come out to the concert tonight so I can give them Jesus! w/ the homie @zacrowe!

So this guy went on public school grounds to rap about Jesus. If Byrd or Southwood High School allowed it, it’s illegal. If he didn’t get permission, then we have a stranger coming on district property during the school day, which is a whole different kind of problem.

(Also, his rapping is really awful, which I’m sure constitutes another crime.)

I wonder if [atheist rapper] Greydon Square would be allowed to crash lunch at these schools and freestyle with the kids.

FFRF has been notified (again).

***Update***: Reader Jody says he asked Brewington “Were you invited by the administration or did you just walk in? Both are violations of the law., BTW.”

While he deleted Jody’s question, his response is still up: 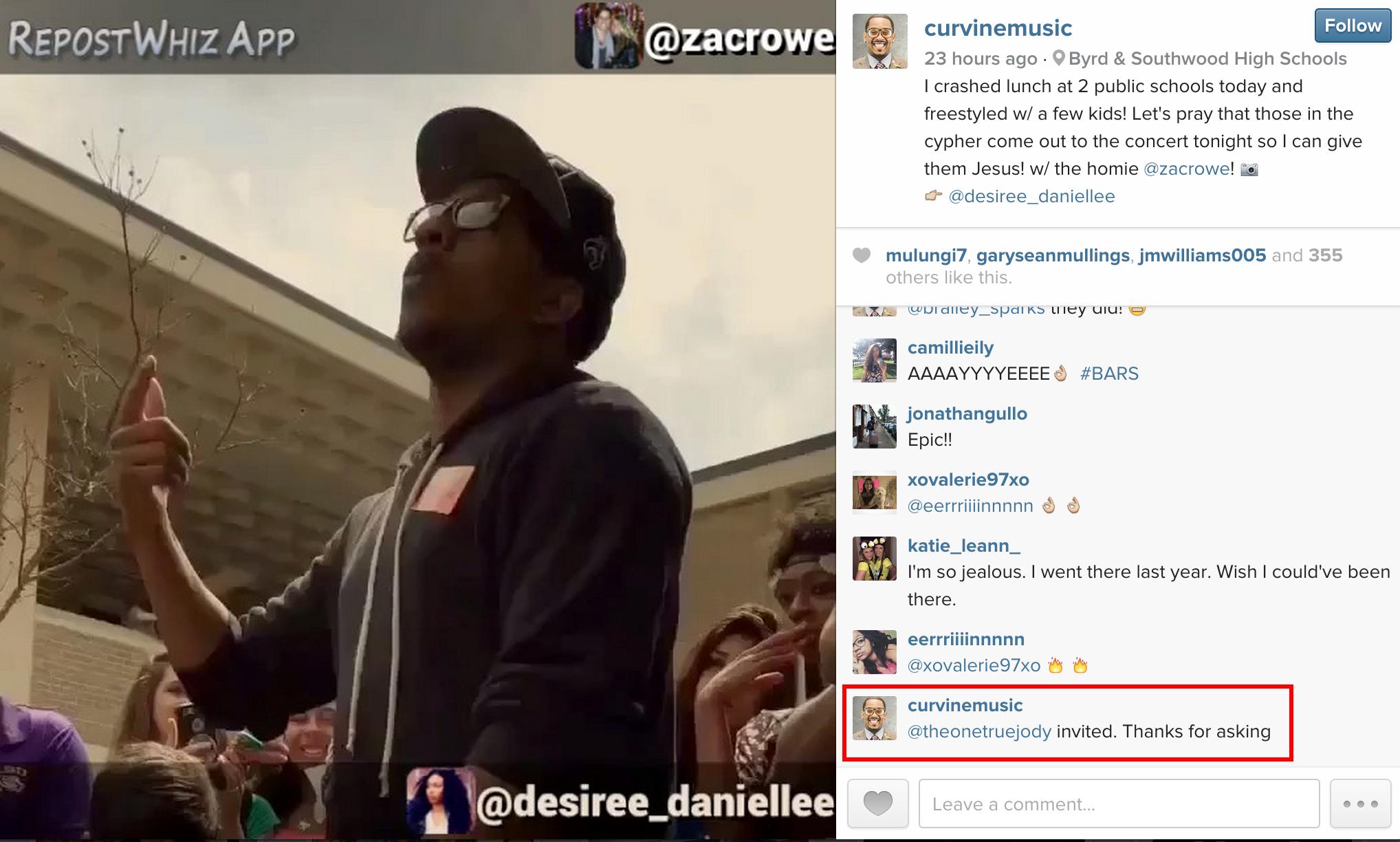 invited. Thanks for asking

So, the question is why the administrators at these schools would invite him to proselytize to students…