Mississippi Judge: Underage Drinkers Can Write an Essay About the Book of Revelation to Avoid Harsher Punishment March 28, 2015 Hemant Mehta

Mississippi Judge: Underage Drinkers Can Write an Essay About the Book of Revelation to Avoid Harsher Punishment

When underage drinkers get caught, Mississippi Judge Albert Fountain gives them two options to “keep the conviction off their records and avoid hefty costs”: 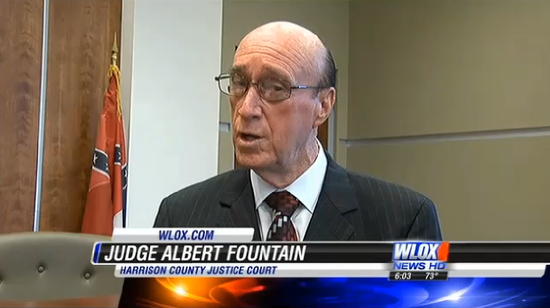 “I’ve been doing this eight or 10 years, and 19 out of 20 (offenders) read the book and write about Revelation,” he said.

“When they read Revelation, they can’t help but think about what we’re heading for in the future if we don’t do the right thing,” Fountain said.

Fountain said he spoke with an ethics expert to make sure he wasn’t overstepping his bounds.

Who the hell was this unnamed ethics expert?! We never find out.

Fountain added later: “I think what’s wrong with the country today is that we’ve taken Christ and God out of everything.”

It never crosses his mind that some kids might choose Option 2 because they figure it’ll get them in the good graces of the judge, even if Option 1 ostensibly results in the same thing on paper.

Also, for a lot of kids, writing 1,000 words on anything will just end up looking like this. Two 500-word essays is a lot easier to bullshit than one essay that’s twice as long.

I’m actually surprised the whole Bible idea hasn’t backfired yet. Reading Revelation 13 is enough to drive you to do drugs:

The dragon stood on the shore of the sea. And I saw a beast coming out of the sea. It had ten horns and seven heads, with ten crowns on its horns, and on each head a blasphemous name. The beast I saw resembled a leopard, but had feet like those of a bear and a mouth like that of a lion. The dragon gave the beast his power and his throne and great authority. One of the heads of the beast seemed to have had a fatal wound, but the fatal wound had been healed. The whole world was filled with wonder and followed the beast. People worshiped the dragon because he had given authority to the beast, and they also worshiped the beast and asked, “Who is like the beast? Who can wage war against it?”

Someone was smoking when they wrote that.

March 27, 2015
Orleans Township (MI) Board Members Vote to Pray at Meetings; Non-Christians Won't Get to Deliver Invocations
Next Post