I’ve heard stories about Christian pharmacists who refuse to dispense birth control because they have personal religious hang-ups about it, but this is the first time I’ve heard of postal workers refusing to deliver the mail because they didn’t like the contents: 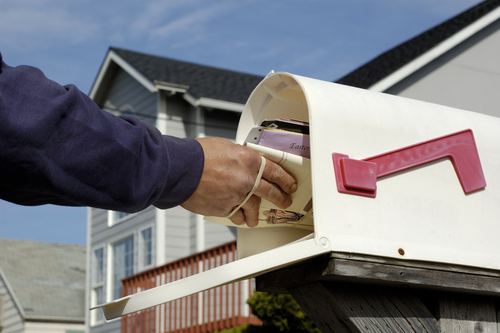 Megan Whitfield, Canadian Union of Postal Workers (CUPW) Toronto local president, said a number of workers have raised objections to a newspaper Canada Post has been paid to distribute in the Beaches-East York area.

Your Ward News, produced as a community flyer by the New Constitution Party of Canada, slams a number of municipal, provincial and federal politicians by using profanity in some instances and calls former prime minister Pierre Elliott Trudeau a “Neo-Nazi fascist, anti-Semite and Quebec separatist.”

One temporary worker, who is Jewish, saw the flyer and refused to deliver it, saying it offended him on religious grounds, Whitfield said Wednesday.

Since when did postal workers start reading everyone’s mail to decide whether or not they felt comfortable delivering it? (And what happens when a gay couple sends some wedding invitations?)

The postal workers union is asking the Canada Post to be more sensitive to the employees’ whims:

“All we’re asking of Canada Post is to be mindful and to respect the carrier’s religious rights and those that found it offensive,” Whitfield added. “Canada Post should have known the trash they were putting out there.”

That’s irrelevant! They’re not sending out anything illegal! The moment you let postal workers pick and choose what to deliver, the slippery slope becomes apparent.

Let’s hope this whole controversy gets put to rest quickly. Anyone who has a problem with the contents of the flyer can take it up with the publisher. Or, you know, not subscribe to it or read it.

Religion shouldn’t be used as a shield for those who refuse to do their jobs.

March 26, 2015
A Third of Millennials Have No Religious Affiliation... and Other Highlights from PRRI's Latest Survey
Next Post