The morality police at Delone Catholic High School are apparently concerned about how much skin might be bared at the school’s prom in May. And so, to mitigate the danger of short or revealing dresses, students at the Pennsylvania school are being required to send pictures of their dresses to a prom moderator for pre-approval.

Delone announced the pre-approval plan in early March, several parents said. It states that dresses cannot be too short, too low-cut, expose too much skin around the midriff or be “inappropriately revealing.” It also states that all students and guests must dress in gender-specific formal wear. 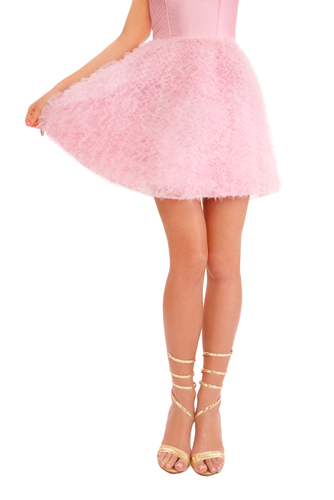 This rule has upset some parents and students, and parents have put together a petition to change what they describe as “outdated, unrealistic expectations” put together at short notice (when some students may have already purchased their gowns).

But the morality policing standards — outdated and unrealistic though they are — are actually longstanding. It’s just the pre-approval piece that’s new. Explaining this in a Facebook announcement, the school stressed the religious nature of this hem-measuring and mid-riff monitoring.

Delone Catholic High School administration has the responsibility to ensure that Catholic values and moral integrity permeate every facet of the school’s life and activity.

And then the administration reminded parents that, ultimately, that’s what the school it’s all about… religion:

At the beginning of the school year, all parents of Delone Catholic students signed a Memorandum of Understanding, stating:

While academic excellence and involvement in extracurricular activity (I.e. sports, clubs, etc.) are important, fidelity to the Catholic identity of the school is the fundamental priority.

Even at a religious school, you’d hope the “fundamental priority” would be educating students. When a school gets this backwards, though, it shouldn’t come as a surprise to parents when administrators force wacky, antiquated moral ideals on the students. That seems to come with the territory.

March 26, 2015
Canadian Christians: We're Under Attack Because We Can't Always Discriminate Against Gay People!
Next Post