When Phil Robertson Fantasized About the Rape and Murder of an Atheist Family, What Part Did He Leave Out? March 25, 2015 Terry Firma

When Phil Robertson Fantasized About the Rape and Murder of an Atheist Family, What Part Did He Leave Out?

Because atheists apparently have no basis for separating right from wrong, Duck Dynasty‘s Phil Robertson told a gleeful little tale about them at the Vero Beach Prayer Breakfast last Friday.

Hemant wrote about it here. 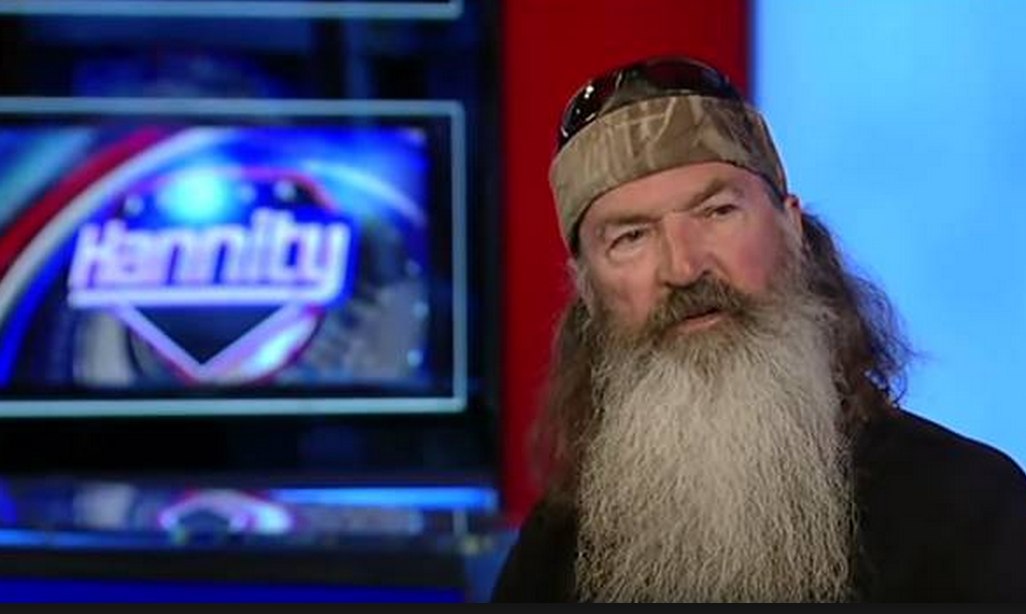 To refresh your memory:

“Two guys break into an atheist’s home. He has a little atheist wife and two little atheist daughters. Two guys break into his home and tie him up in a chair and gag him. And then they take his two daughters in front of him and rape both of them and then shoot them and they take his wife and then decapitate her head off in front of him. And then they can look at him and say, ‘Isn’t it great that I don’t have to worry about being judged? Isn’t it great that there’s nothing wrong with this?There’s no right or wrong, now is it dude?’”

Next up, castration. Note how Robertson slips from a third-person narrative into something closer, creepier, more personal.

“Then you take a sharp knife and take his manhood and hold it in front of him and say, ‘Wouldn’t it be something if this [sic] was something wrong with this? But you’re the one that says there is no God, there’s no right, there’s no wrong, so we’re just having fun. We’re sick in the head, have a nice day.’”

Oh look, it’s Christianity’s biggest strawman all over again. I don’t know a single atheist or agnostic who thinks that terrorizing, raping, torturing, mutilating, and killing people is remotely OK, and I frankly think that Robertson doesn’t either. I don’t reckon he knows any atheists, so he feels free to make up shit about them.

So here’s the part that good ol’ Phil left out: Our prisons are filled with pious criminals. And every day, more people of faith apply by committing stunningly immoral, often violent acts either despite their professed religious creed or because they’re actually inspired by it.

Maybe Robertson could explain that in a speech some time soon. Consider my breath bated.

March 25, 2015 What Did We Learn from CNN's Special Report on Atheism?
Browse Our Archives
What Are Your Thoughts?leave a comment