You know, for the first 1:30 of the trailer below, this looked like a pretty amazing documentary! 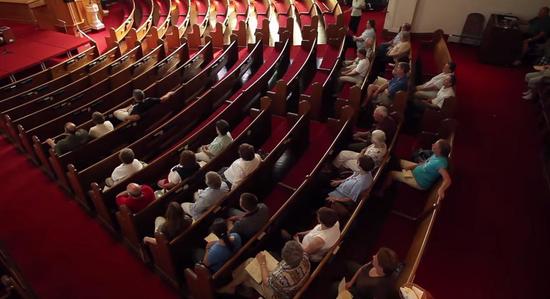 The film is called When God Left The Building and it’s all about dwindling church attendance. (Apparently, that’s a bad thing.)

The trailer doesn’t address it, but there are plenty of reasons young people are getting the hell out of church even if they believe in God. Churches are frequently thought of as anti-gay, anti-science, anti-women, anti-doubt, etc. — and that’s by other Christians. I hope the film covers that and doesn’t just pretend the problem is “not enough Jesus” or “not enough Bible” or whatever other Christian buzz-phrase you’ve heard a thousand times before.

March 25, 2015
A Free Glass of Water at Chick-fil-A Cost Him a Million Dollars... and You Probably Think He Deserved It
Next Post