A Free Glass of Water at Chick-fil-A Cost Him a Million Dollars… and You Probably Think He Deserved It March 25, 2015 Hemant Mehta

Remember the Chick-fil-A controversy of 2012? COO Dan Cathy had made disparaging comments about same-sex marriages, and it became widely known that the company’s owners, through a trust, donated money to anti-gay organizations.

In response, YouTuber Jackson Pearce suggested one way to fight back: Go to Chick-fil-A and ask for a glass of water, which they would give you for free. In essence, you’d be taking money away from the company.

Arizona native Adam M. Smith decided to do just that. But he took it much further. He lashed out at the employee (who had nothing to do with the politics of the company’s executives)… and recorded the exchange: 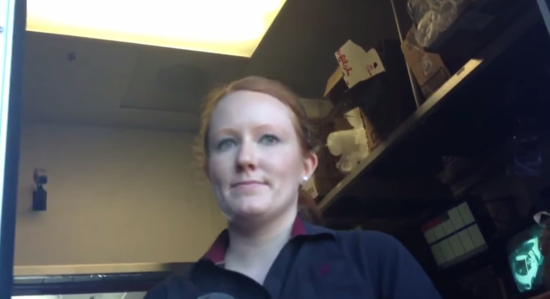 Could that be any more cringe-worthy?

As I wrote then, I just felt bad for the employee. She handled the situation perfectly — she did her job, remained as neutral as possible, and tried to explain how the company didn’t discriminate against gay customers (which is true)… and Smith came off as a heartless bully. Even if Chick-fil-A had a problem, this employee had nothing to do with it and Smith was wrongly taking his anger out on her. She showed far more class than he did.

Even Jon Stewart called Smith a dick for his actions:

That was only the beginning of an awful period in Smith’s life. His well-intentioned protest had completely backfired and he had only himself to blame.

Smith has now written about that whole experience — what led up to it, what happened afterwards, and (more importantly) what he has learned since then — in a new book called Million Dollar Cup of Water: Discovering the Wealth in Authenticity. 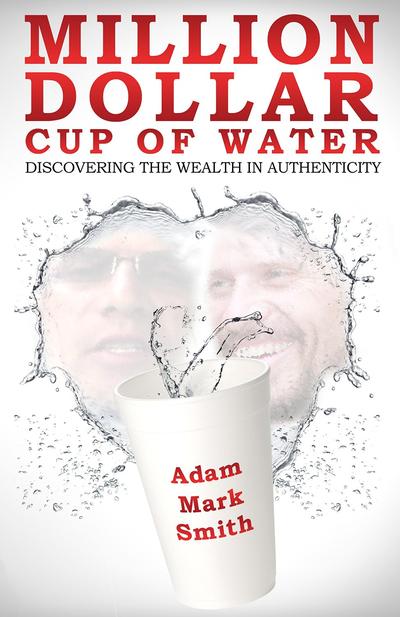 In the excerpt below, Smith writes about the immediate aftermath of his Chick-fil-A exchange:

I walked into the familiar doors of Vante and said hello to the front desk receptionist. Her eyes were wide and in shock. She asked me, “Adam, what did you do?!?” I thought there was no way she could have been privy to what had happened. But, she had come into the office earlier that morning and had checked phone messages. She told me the voicemail was filled to capacity and horrible threats had been made to the company.

I went to my office, dropped off my bike, and went to find an executive who would be able to fill me in. I was met with concerned faces and strict instructions to go into my office and say nothing to anyone. There had been bomb threats made and those threats required Vante to have every employee go home for the day. In fact, Vante would shut its doors for the two remaining days of the workweek due to the threats. I checked my email and saw myself CC’d on derogatory and inflammatory emails sent to my CEO, Board of Directors, and other Vante employees. We were being cyber-bullied, attacked by someone with no physical body but a powerful manipulator of fear. I felt angry that people would attack my extended corporate family for a personal stand of mine.

I suggested to the other executives that I publicly apologize and provide context as to what I was doing. The suggestion was immediately shut down and I was told to leave the office out of safety. I was told to remain radio silent.

I rode home confused and dizzy, wondering if I would soon wake up from this surreal and chaotic moment. I arrived home around noon and told Amy what had happened at Vante. I went outside and sat at the edge of my driveway to breathe and to find some grounding in the magnificent and familiar sight of Mount Lemmon. Amy sat in silence beside me.

Around 12:30 p.m. the University of Arizona called me informing me that they too had received threatening calls and demands that I be fired. I had taught a business course in their MBA program earlier that year and had verbally agreed to teach an executive course for them during the fall. They asked what Vante was doing in response to the events. I had no answers.

And then I received a call from Vante’s CEO. His voice was quivering. He asked no questions. He simply told me he needed me to resign. No room for my side of the story. I told him that I disagreed with his decision and that these attacks were from bullies. I said he was overreaching and that he shouldn’t punish me over a personal stand I took on my personal time. The CEO said that if I refused to resign he would need to fire me. I did not resign. He said I left him no choice, “Adam, you are fired.”

I did not know that he planned to issue a press release. I suppose it was to more easily communicate to the bullies that they should stop harassing Vante. Regardless, when the formal statement was sent in the form of a press release, every media outlet in the world also received the same statement:

Vante regrets the unfortunate events that transpired yesterday in Tucson between our former CFO/Treasurer Adam Smith and an employee at Chick-fil-A. Effective immediately, Mr. Smith is no longer an employee of our company.

The actions of Mr. Smith do not reflect our corporate values in any manner. Vante is an equal opportunity company with a diverse workforce, which holds diverse opinions. We respect the right of our employees and all Americans to hold and express their personal opinions, however, we also expect our company officers to behave in a manner commensurate with their position and in a respectful fashion that conveys these values of civility with others.

We hope that the general population does not hold Mr. Smith’s actions against Vante and its employees.

After Vante’s release, the University of Arizona quickly followed up with their own:

Adam Smith held an appointment as an Adjunct Lecturer, Finance (non-tenure eligible) in the Eller College of Management at the University of Arizona from January 2, 2012, to May 20, 2012. He presently holds no appointment with the University.

The University of Arizona is committed to being a community in which all members support the free and respectful exchange of varied ideas and perspectives. We strive to have a workforce that is diverse and respectful of different viewpoints.

The University of Arizona followed up with a call to tell me they no longer needed me to teach the executive MBA course for the next semester, and then they removed my teaching profile from their website.

Over the course of my two-and-a-half years there, Vante had awarded me equity in the form of restricted stock. The only restriction on the stock was that I had to be employed in order to sell the stock when the company was either sold or raised money for expansion, which we were working on at the time of the protest. As a result of my firing that equity was revoked.

In one day, with one two-and-one-half minute YouTube video protest, my salary and equity vanished. The security I believed would keep me safe from chance, bad luck, bad people, Satan, and fire forever had been taken. More than one million dollars of value was gone in an instant. That free cup of water ironically cost me a million dollars.

As you might imagine, Smith had a hard time finding a new job after that. (Turns out employers know how to use Google.) But he’s turned his mistake into a teachable moment and used it as a starting point for a lot of self-reflection.

Check out the full book; it’s a fascinating read, especially coming on the heels of others who have been publicly shamed online.

March 25, 2015
Self-Described U.S. Patriot Tries To Stir Up Animosity Against Muslims With Homemade Bombs Left In Park
Next Post

March 25, 2015 A New Documentary Looks at Declining Church Attendance
Browse Our Archives
What Are Your Thoughts?leave a comment