Listen to This Creationist Complain About Another Creationist’s Plan of Salvation for Not Being Jesus-y Enough March 23, 2015 Hemant Mehta

You probably know that Creationist Kent Hovind (who was already in prison for tax evasion) was recently found guilty of contempt of court.

Guess who’s coming to his defense?

Pastor Steven Anderson, who thinks Hovind is just a victim of “a government that is abusive.” Immediately, he writes off the tax fraud: 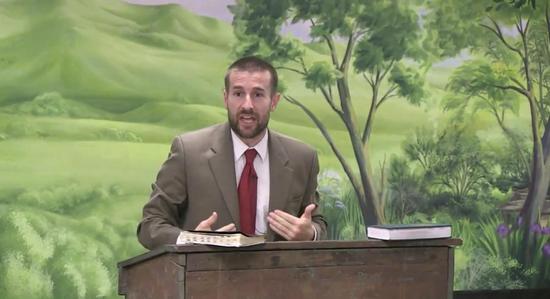 And then he throws Hovind’s son Eric (who has been featured on this site before) under the bus. Anderson calls Eric a “lying false prophet” for not defending his father on the elder Hovind’s own website, which Eric manages.

First of all, that’s not even true. If you go to DrDino.com/legal, you can read updates Eric has provided about his father. (Though I should point out that this blog isn’t linked to from the Creation Today ministry’s site.)

And then Anderson shits all over Creation Today (2:15):

Why is it so bad? Because the site’s “Plan of Salvation” isn’t good enough. You should read it. It’s the usual Christian rhetoric about how we must accept Jesus and turn away from sin… but I guess it’s not good enough for the über-Christian pastor because it lacks Bible verses, and talks too much about repenting from sin, and it needs more Jesus. 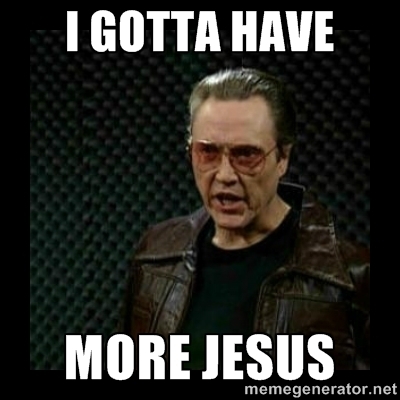 The best part of the video comes at the 7:07 mark when Anderson screams about how the Salvation Plan says sinners must repent of their sin. Someone in the audience yells “WUT?!” and fulfills every stereotype you ever had about the people in this church.

Anderson also complains about how Hovind says to go to a church (but not a Baptist church), and to read the Bible (but not a King James Bible), and how Eric is too “liberal.”

Infighting about the color of a unicorn’s horn = hilarious.

I asked Eric Hovind for his thoughts on this video and will post an update if/when I hear back.

***Update***: Eric Hovind, in not-so-surprising fashion, issued this statement to me:

“I hope people hear the gospel when they watch it!”

I have called the individual who made the video and tried to reason with him. After a few minutes of conversation he hung up on me.

March 23, 2015
Mistake in Reciting Qur'an Leads to Caning and Hospital Visit for 10-Year-Old Boy
Next Post