Nebraska’s New State Patrol Superintendent Has a History of Proselytizing While on the Job March 22, 2015 Hemant Mehta

Brad Rice (below), the person tapped to be the next superintendent of the Nebraska State Patrol, is going to provide this site with a hell of a lot of material during his tenure. 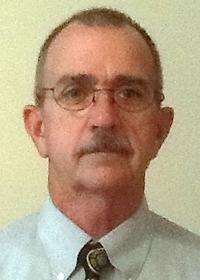 There was already an accusation that Rice once said “women don’t belong in law enforcement,” a statement he denies.

But there’s no denying how he pushes his Christianity while on the job:

“[Rice] was upset with me,” [employee Kent] Hanlin said. “He basically told me I was going to hell because of my beliefs.”

Rice, described by former co-workers as a deeply religious Christian, also frequently started mandatory staff meetings with a prayer, Hanlin said. And, he added, Rice would sometimes distribute religious pamphlets to some of the employees he supervised.

I should point out that Rice fixed his mistakes after people shared their concerns, but it didn’t seem to stop him from proselytizing again. He’s the sort of guy who asks for forgiveness rather than permission.

And for ignoring the law multiple times, he’s now one of the top law enforcement officers in the state.

March 22, 2015
It's a Miracle! Vatican Claims Coagulated "Blood" of St. Gennaro Liquefies After Pope Francis Kisses the Vial
Next Post

March 22, 2015 The Protagonist in This New Graphic Novel is Trying to Evade His Religious Siblings
"Is an all-powerful god whose feelings can be hurt by mere humans really a god ..."
NOGODZ20 Poland Singer Charged with Blasphemy Wants ..."
"—- Backwards masking —- Humanism—- Self-esteem"
Bourbon&Ginger Texas Bishop Blames Atheism for Every ..."
"You mean treat her like a POC?"
L. James St. Parson Ministries “Prophetess”: I’ve Time-Traveled and the Media ..."
"Oh, did you just say a mouthful!"
Troublesh00ter Poland Singer Charged with Blasphemy Wants ..."
Browse Our Archives
What Are Your Thoughts?leave a comment