35 years ago, Bob Jones University president Bob Jones III (below) made this statement about LGBT individuals: 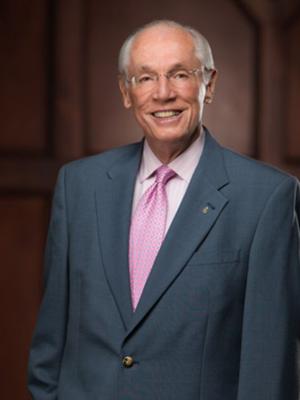 “It would not be a bad idea to bring the swift justice today that was brought in Israel’s day against murder and rape and homosexuality. I guarantee it would solve the problem post-haste if homosexuals were stoned, if murderers were immediately killed as the Bible commands.”

It wasn’t until this week that Jones, now the chancellor of the school, finally apologized for those remarks:

“I take personal ownership for this inflammatory rhetoric,” Jones said in a statement. “This reckless statement was made in the heat of a political controversy 35 years ago.”

Jones made the comment while attending a meeting at the White House with other fundamentalist leaders to deliver a petition to protest extending the protections of the Civil Rights Act to homosexuals.

He doesn’t want gay people to be stoned, you see.

He just wants to make sure they don’t have equal rights.

Someone give the man a medal!

This apology didn’t come out of nowhere, either. A group called BJUnity, which challenges the anti-gay environment of fundamentalist Christianity, pressured him to do it by having supporters sign a petition, which was delivered to him earlier this week. BJUnity appreciated his apology, though I’m not sure I agree this is a big step forward.

Or maybe I just have a hard time congratulating someone who moves from “Kill them all!” to “Just make their lives utterly miserable!”

The man finally caught up to the bigots of today. It’s not a sign he’s “better” on the issue, only that he recognizes how even fundamentalist Christians now shy away from calling for gay people to be killed.

March 22, 2015
Seven Children Perish In Brooklyn House Fire; NYFD Suspects That a Hot Plate, a Sabbath Loophole, Is To Blame
Next Post

March 22, 2015 Former Board Members of We Are Atheism Speak Out
Browse Our Archives
What Are Your Thoughts?leave a comment