In my best Reza Aslan voice: “They could be Baptists, or Buddhists, or atheists. We just don’t know.”

From the New York Times:

Prime Minister Habib Essid said at a news conference that the dead included 17 tourists and two Tunisians. Eight people were killed as they got off a bus to visit the museum, according to an Interior Ministry spokesman; 10 more were taken hostage and then killed. 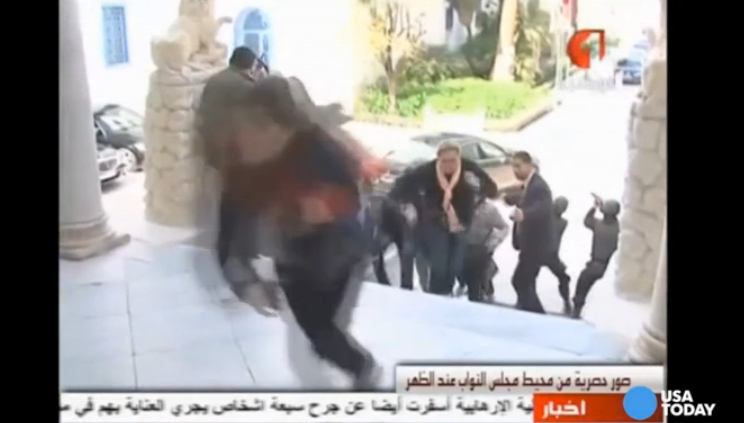 In a video that circulated online last December, three Tunisian fighters with the Islamic State are heard warning that Tunisians would not live securely “as long as Tunisia is not governed by Islam.”

Prime Minister Essid signals that the attackers, who he says were dressed in military uniforms, opened fire on tourists as they were getting off a bus, then hunted others down inside.

Tunisia is fighting against the radicalization of Muslim youth, with authorities saying as many as 3,000 Tunisians have gone to Iraq and Syria to fight in jihadist ranks, including the Islamic State group.

The attack comes the day after Tunisian security officials confirmed the death in neighboring Libya of a leading suspect in Tunisian terror attacks and in the killings of two opposition figures in Tunisia.

More as this develops.

March 18, 2015
Daesh Defector Describes Drug Use, Rape Sessions With Non-Muslim Girls, and Serial Marriages For Muslim Ones
Next Post

March 18, 2015 No, Oklahoma Isn't About To Forbid Atheists from Marrying
Browse Our Archives
What Are Your Thoughts?leave a comment