For Inadvertently “Denigrating” Buddha, Three Men Each Get Two Years in a Burmese Prison

The New Zealand nightclub manager who made a promotional image of a Buddha wearing headphones (previous posts here and here) has been given a two-year term in a Burmese jail for his insolence. The same is true for his two Burmese colleagues.

Holy crap. Two years behind bars for a picture of Buddha with cans.

I guess a picture of Buddha on the can would’ve gotten them a death sentence.

A bar manager from New Zealand and two Burmese men were sentenced to two years in prison in Myanmar on Tuesday for posting an image online of the Buddha wearing headphones, an effort to promote an event. The court in Yangon said the image denigrated Buddhism and was a violation of Myanmar’s religion act, which prohibits insulting, damaging or destroying religion. “It is clear the act of the bar offended the majority religion in the country,” said the judge, U Ye Lwin.

The image was posted in December on the Facebook page of the VGastro bar and restaurant in Yangon. …

After an outcry from hard-line Buddhist groups, the police arrested the restaurant’s general manager, Philip Blackwood, 32, of New Zealand, along with the bar owner, U Tun Thurein, 40, and the manager, U Htut Ko Ko Lwin, 26. The three have been held in Insein prison in Yangon.

Of course we can’t count on the Times to actually print or post it (shades of Charlie Hebdo?). So I will. 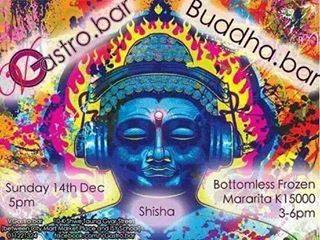 The sentence for the religious “insult” is all the more remarkable because Blackwood said he didn’t know the image would inflame Buddhists’ sensibilities, took down the image when informed of the fury, and issued a series of apologies for his cultural gaffe.

By the way, isn’t listening to music a path to the divine (if you believe in that sort of thing)? I don’t get why this is offensive, but then, I think that several times a day.

You know what could get someone ten years in a Burmese prison cell? This: 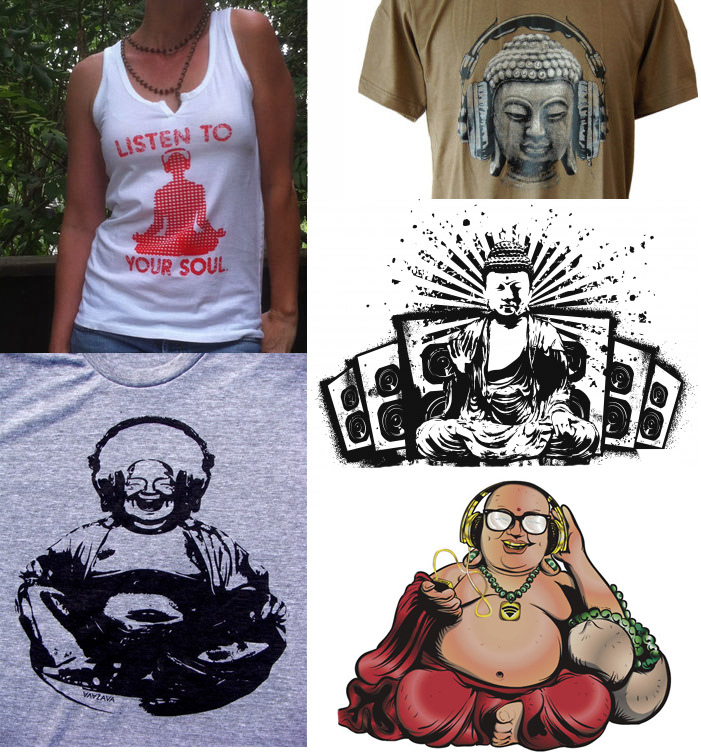 Maybe we should start an “Everybody Draw Buddha” day.

March 18, 2015
No, Oklahoma Isn't About To Forbid Atheists from Marrying
Next Post

March 18, 2015 San Francisco Church Douses Homeless People with Water to Keep Them Off the Property
Browse Our Archives
What Are Your Thoughts?leave a comment