Get Your Vilification Here! Five Memes Posted By the Freedom From Atheism Foundation March 17, 2015 Terry Firma

Get Your Vilification Here! Five Memes Posted By the Freedom From Atheism Foundation

Out of curiosity — and because it’s good to know what the other side is up to — I occasionally visit the Facebook page of the Freedom From Atheism Foundation. The group is getting close to its 500,000th “like.”

Below is a sampling of what all those fans see. Which meme is your favorite? 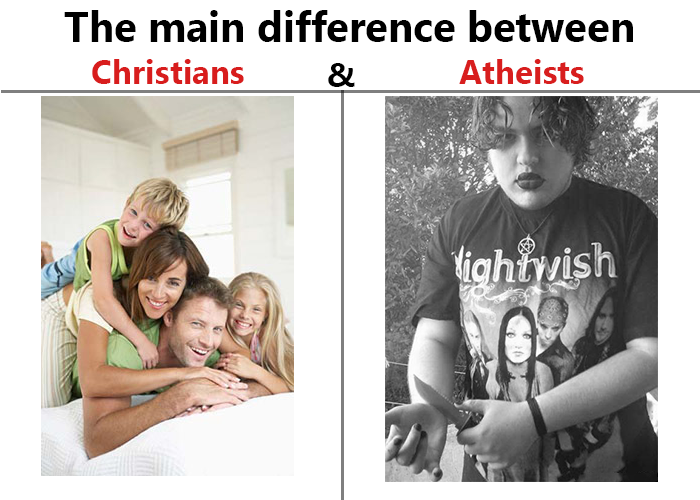 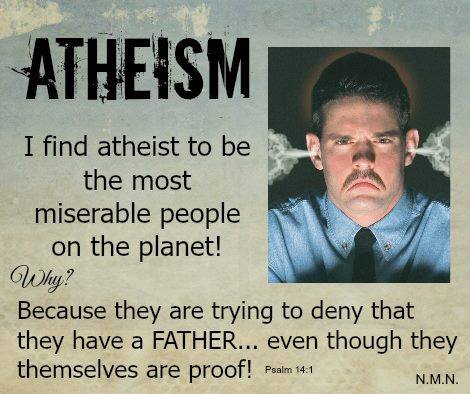 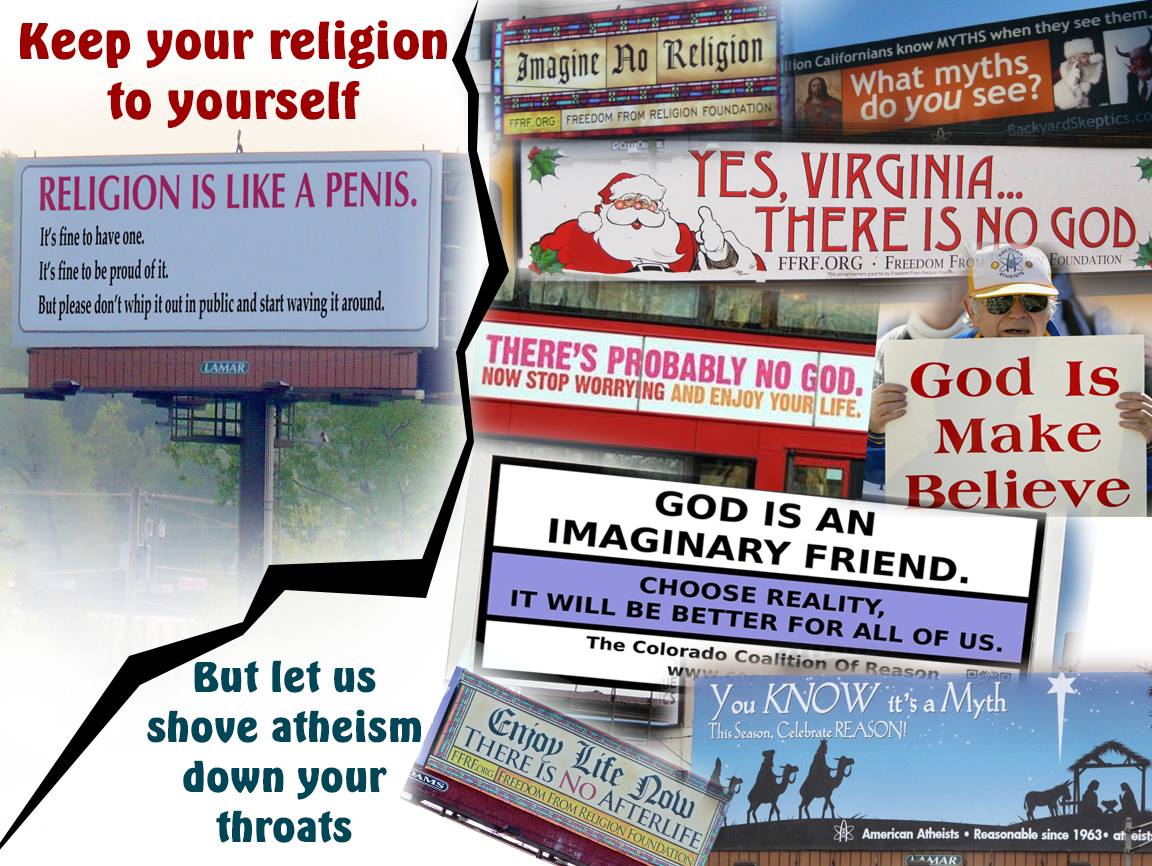 P.S.: I caught the FFAF in an egregious lie last year, after the admins deliberately falsified another publication’s headline.

Should you need more evidence of the organization’s methods, let me recommend this calumny. 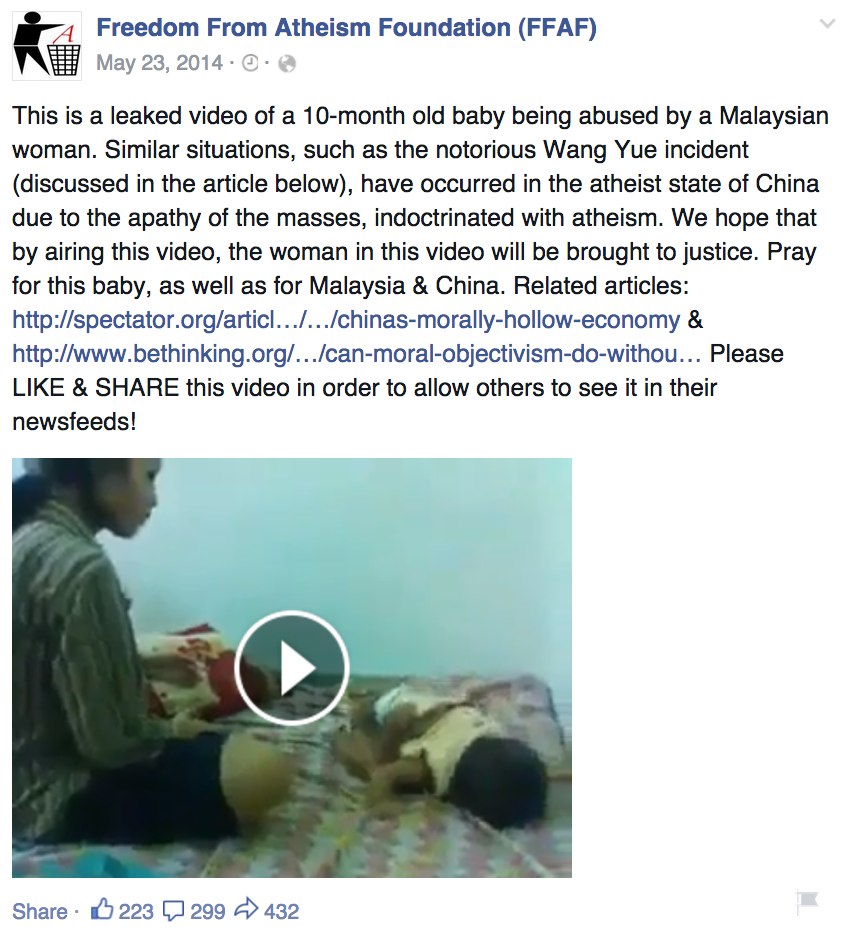 That’s a horrific, wince-inducing video of a Malaysian woman hitting and kicking a baby for five interminable minutes.

Why is the footage on an anti-atheism page? Because this woman is Asian! Who else is Asian? Chinese people are! And as the Chinese are “indoctrinated with atheism,” they must be baby-eaters too — and so, by association, are you and I. Checkmate, atheists!

By the way, the percentage of Malaysians with no religion is 0.5; it would seem the chance that the woman in the video is religious is roughly 99.5 percent.

What’s that you say? There are in fact uncountable instances of believers beating, raping, burning, neglecting, abandoning, and killing children? Quick, someone tell the Freedom From Atheism Foundation. I’m sure they’ll be happy to share it with the world.

We hope that by airing this video, the woman in the video will be brought to justice.

But the video was already years old when the FFAF posted it, and the infant batterer had long before been arrested and jailed. Five seconds with Google reveals as much.

Then what was the real purpose of the FFAF sharing the viral video, more than two years after the rest of the Internet had?

It couldn’t possibly have anything to do with smearing non-believers, could it?