The Finland-based symphonic metal band Nightwish is about to release their new album, drawing inspiration from the natural world and the work of Richard Dawkins. (In fact, Dawkins appears on the album as a narrator for two of the songs.)

I posted the first single last month. Today, they released their latest single (audio only), “Shudder Before The Beautiful,” and it’s one of the songs featuring Dawkins (albeit briefly):

Endless Forms Most Beautiful comes out in North America on March 31.

(Thanks to Yannick for the link. Portions of this article were published earlier) 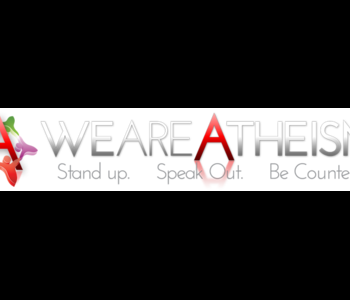 March 16, 2015 I Have Serious Concerns About "We Are Atheism"
"WHY? NASA used to do this. Now it is an ego trip for the uber ..."
Mike Panic Survey: Americans Are Increasingly Okay With ..."
"Ah, Mrs. Potatohead is at it again!"
Gregory Mullaley Idaho Lt. Gov. Wants to Spend ..."
"You graduate from Evergreen State College? (That's my most polite insult. <g>"
bill wald Good News: Most Non-Evangelical Americans Support ..."
"Good way to get rid of them."
Mike Panic Survey: Americans Are Increasingly Okay With ..."
Browse Our Archives
What Are Your Thoughts?leave a comment