If God was her co-pilot, He must’ve been napping.

An Episcopalian minister was nabbed with an open bottle of vodka and prescription meds inside her car after she was allegedly spotted driving drunkenly through the Holland Tunnel Friday night, Port Authority police said.

Diane Reiners, 53, was swerving in her 2004 orange Toyota and hitting the curb inside the tunnel, at times coming to a full stop, as she traveled from Manhattan to New Jersey around 6 p.m., authorities said.

Panicked drivers called 911, and Officer Christopher Paskovitch was eventually able to stop the Brooklyn woman’s car on the New Jersey side of the crossing. 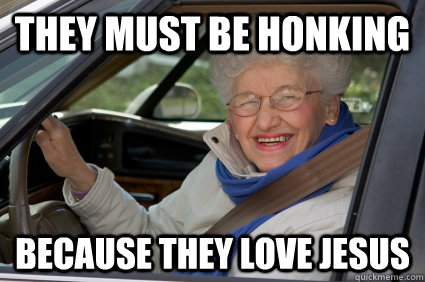 Officers allegedly found the open container of Absolut on the center console, as well as vodka inside a water bottle, 31 Lorazepam pills prescribed in someone else’s name, and 22 packets of Tramadol, a high-potency pain killer. Cops also said she failed a field sobriety test.

Reiners, of Fort Greene, was ordained as an Episcopalian minister in 2012, and is an assistant priest at Cathedral Church of Saint John the Divine in Manhattan who works with the American Red Cross in disaster relief situations, according to her Linkedin.

Reiners is the second prominent Episcopalian minister in a few months to make national headlines for serious intoxication behind the wheel. On December 30th, Maryland’s Bishop Heather Elizabeth Cook was arrested and charged with a DUI after she hit and killed a cyclist.