Middle East Edition of National Geographic, About the War on Science, Removes Evolution Example from Cover

Remember the March, 2015 issue of National Geographic? It was a fairly popular one focusing on the war on science: 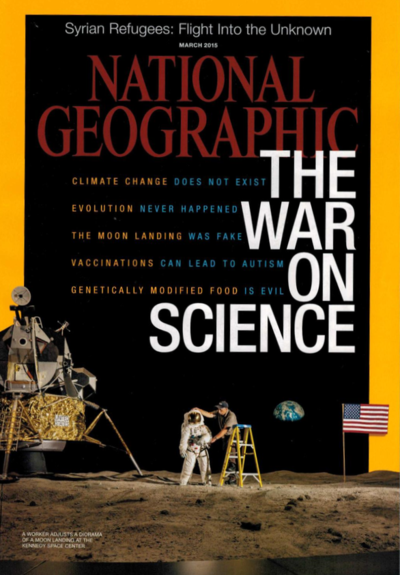 The cover highlighted a few of the “battles” in this war:

Climate Change does not exist

The Moon Landing was fake

Vaccinations can lead to autism

Interestingly enough, they revised the cover for the Middle East edition of the magazine: 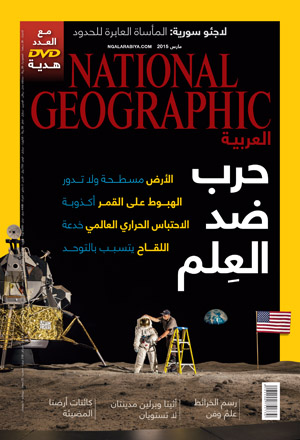 Climate Change does not exist

The Moon Landing was fake

Vaccinations can lead to autism

The evolution bit was removed.

I’m not sure why that happened — or if the article itself has any changes to it as a result — but it’s a disturbing thing to see for an area where acceptance of evolution is a serious problem.