#Meatmass: A Holiday for Families Who Aren’t Abstaining from Meat During Lent March 15, 2015 Hemant Mehta

#Meatmass: A Holiday for Families Who Aren’t Abstaining from Meat During Lent

During Lent, most Catholics abstain from eating meat on Fridays (and/or other days). But what do you do if you’re not religious?

Reader James Watt‘s non-religious grandfather began a tradition years ago in which the family would eat extra meat on Fridays. Special meat, even. 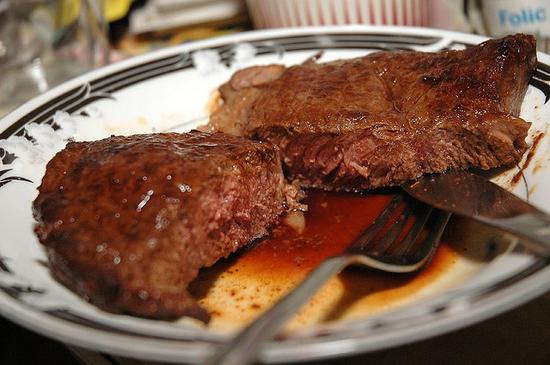 Meatmass is celebrated over seven consecutive Fridays during the end of winter and beginning of spring. The final friday, Meatmass Day, is the biggest day of celebration. It always falls on the same weekend as easter.

How do you celebrate it?

Invite your closest friends to the local meatery or cook together at home. It’s a special occasion to splurge on an expensive cut of meat you wouldn’t normally buy.

I’m vegetarian. Can I participate?

Absolutely. There’s nothing wrong with eating meat on meatmass, even if you are vegan.

Consider it a follow-up to Festivus in the pantheon of secular holidays!

March 15, 2015
Middle East Edition of National Geographic, About the War on Science, Removes Evolution Example from Cover
Next Post