A “church” that young people might actually have wanted to go to is losing a big advantage: its tax-exempt status.

A church in Florida has lost its tax-exempt status after it was found to be hosting nude paint events and slumber parties with the “sexiest ladies.” Property Appraiser Dan Sowell said Panama City Beach’s Life Center: A Spiritual Community has lost its tax-exempt status after authorities discovered it has been hosting late-night spring break parties as “Amnesia: The Tabernacle” since Feb. 28. 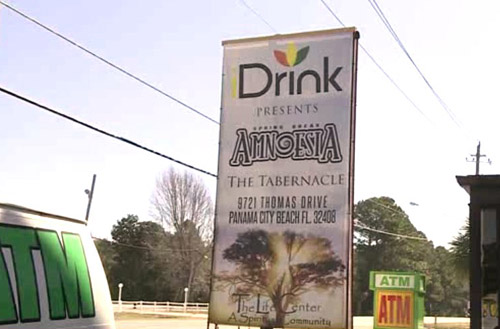 The events hosted at the facility included an “anything but clothes” body painting party and a slumber party billed as “a pajama and lingerie party hosted by the sexiest ladies on the beach.”

Not to mention a water-themed event dubbed “Wet ‘n’ Wild,” where “white water meets Tabernacle PCB with a little twerkin’.”

Sheriff Frank McKeithen told the Panama City News-Herald treating the facility as a church is a “blatant slap in the face” to taxpayers and authorities. “They’re trying to get around the laws, and they’re using the church to get there,” McKeithen said. Sowell agreed with the sheriff’s assessment. “A bottle club charging $20 at the door and selling obscene T-shirts is not being used as a church,” Sowell said.

According to the local News Herald paper, the party church is the initiative of a prosperity-preaching pastor named Markus Bishop. He’s had trouble with tax laws before:

Bishop was once the pastor of Faith Christian Family Church. His church purchased a 10,000 square-foot, five-bedroom, six-bath home in an exclusive neighborhood — nowhere near the church. The home was so opulent that it came under scrutiny from the local property appraiser who said it should not count as a tax-exempt parsonage. Years of court battles followed but Bishop won every time and the case was eventually dropped.

The fortunes of Faith Christian Family Church declined (which would have nothing to do with the pricey home or the lawyers’ fees needed to defend its use as a parsonage, of course), and the place went out of business three years ago.

Bishop, 54, has a history of battery and sexual harassment. 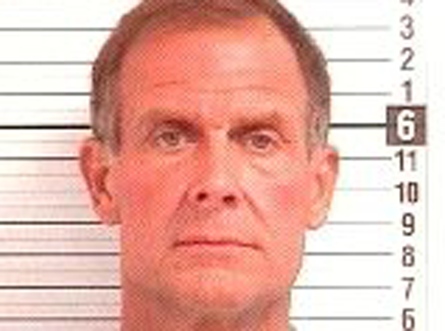 In 2008, he was arrested after he punched his wife in the face. Last year, he plied a 16-year-old girl with marijuana and then, while she was high, began touching and kissing her against her will.

No doubt, after some crocodile tears and a simulated prayer or two, the pastor’s followers forgave him, because Christian redemption is just that easy.

I can’t wait to hear what he’ll pull next.

March 15, 2015
Australian Journalist Claims Teenage Suicide Bomber Joined ISIS Because He Was Raised as an Atheist
Next Post

March 15, 2015 Creationist Ken Ham: Asteroids Will Never Kill Off Our Species Because Jesus Will Save Us First
Browse Our Archives
What Are Your Thoughts?leave a comment