Comedian Patton Oswalt and Salon haven’t had a great relationship over the years, with the website writing several articles critical of his statements, and Oswalt rebutting them for not getting what he was saying, and so on.

Earlier this year, Salon editor-in-chief David Daley sat down with Oswalt to hash out their disagreements, and an edited transcript of that conversation is finally online. 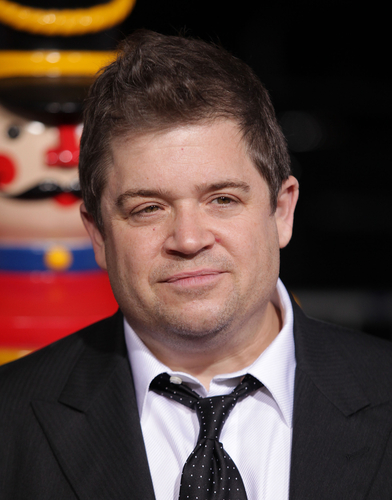 I bring this up here because Oswalt was asked about whether Bill Maher ever gets “a little too aggressive” in his comments about religion, to which he replied:

I feel, as an atheist, about people like Richard Dawkins and Bill Maher the way that Christians must feel about Fred Phelps. Look, being an atheist means you don’t give a fuck about what anyone believes in. I don’t think any of it’s real, but you can go ahead and do it. I’m not trying to destroy religion. I just don’t care about it. I have my own moral code, as twisted as it is, but it’s not a bunch of old, desert fairy tales that I live by. I live by experience, failure, learning, that kind of stuff. Everyone that goes, “But all the war is because of religion, blah blah blah,” well then you’re no different than the housewife that’s like, “My son killed himself because of a Judas Priest record.” No, your son killed himself because he was an unstable idiot. Those people started wars because they were unstable idiots. They stumbled across this religion thing, but if they hadn’t found that book, they would have found something else.

I realize these are off-the-cuff remarks, but I think he misunderstands why Dawkins and Maher speak out as they do.

It would be great if atheists could just “not believe.” I mean, there will always be people out there who believe in nonsense, and I would love to ignore them. The problem is that a lot of those people have political power — and their bullshit ideas take hold in public policy (and beyond).

Religion has been an obstacle to LGBT rights, science/history/English curricula, women’s rights, and action on climate change. That’s just a shortlist. So ignoring the fairy tales so many other people believe in is just not an option. We can’t ignore religion or those beliefs will perpetuate. We have to convince people to shed those bad ideas and learn to think critically.

I’ll admit: There are ineffective ways to do it, and sometimes mockery (a la Maher) may turn off the very people we need to reach. But that’s the debate we should be having: How can we most effectively steer people away from religion and superstition and irrational thinking?

Neither Maher nor Dawkins have ever said that “all the war is because of religion” (or anything like it). Dawkins even wrote in The God Delusion that “Religion is not the root of all evil, for no one thing is the root of all anything.”

What they have said is that religion is a pretty powerful ingredient in the mix. If religion became a non-factor — if extremists no longer believed God wanted them to commit awful crimes — it would be much harder for, say, ISIS leaders to recruit people. God is their trump card. I don’t think anything else comes even close.

So if you think Maher or Dawkins are ineffective at convincing people to get over God, fine. Let’s hear that argument. But to say they’re akin to Fred Phelps? Suggesting they’re embarrassments to a cause you believe in? That seems completely unfair.

By the way, I’m a *huge* Patton Oswalt fan. His bits about religion are fantastic:

So, for someone who understands the importance of humor to get people rethinking religion, I just don’t understand why he would throw those guys under the bus, at least not because they speak out so strongly against it.

March 14, 2015
China, Keen on More Power in Tibet, Tells the Dalai Lama He Has To Reincarnate, and How
Next Post

March 14, 2015 A Letter to the Muslim Action Forum Regarding Blasphemy in the U.K.
Browse Our Archives
What Are Your Thoughts?leave a comment