Why is Friday the 13th Considered Unlucky? Religion Has Everything To Do With It March 13, 2015 Terry Firma

Why is Friday the 13th Considered Unlucky? Religion Has Everything To Do With It

Today is Friday the 13th. Do you dread it? According to Gizmodo, you can fill more than 300 Super Bowl stadiums with the number of Americans who are truly, authentically afraid of that date/weekday combo.

In the United States alone, it is estimated that between 17 and 21 million people dread that date to the extent that it can be officially classified as a phobia. …

The most popular theory as to why Friday is considered unlucky or an evil day is thought by many to spring from Christianity. By tradition, Friday is considered the day that Eve gave Adam the “apple” and they were kicked out of the Garden of Eden. … Also by tradition, Adam and Eve were purported to have died on a the then nonexistent “Friday”. The Temple of Solomon was said to have been destroyed on Friday.

But Christianity doesn’t have to shoulder all of the blame.

Others theorize that Friday being unlucky predated Christianity. The name “Friday” was chosen in honor of the Norse goddess Frigg, also known as Freyja, who was the multitalented goddess of love, beauty, wisdom, war, death, and magic. Teutonic people are thought to have considered the day extremely unlucky, especially for weddings, due in part to the lovely goddess the day was named for. Later, the Christian church attempted to demonize the goddess, so that may or may not be a contributing factor as well.

Whatever the case, despite these quite old origin theories, well documented instances of the notion that Friday was popularly considered unlucky among the masses doesn’t seem to have popped up until around the mid-17th century. 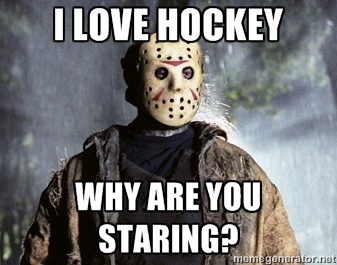 As for the unluckiness of the number 13, as with Friday, there are numerous possibilities for the origin, the most popular of which also stems from Christianity. It is considered incredibly bad luck to have 13 people sitting at a table for dinner, which supposedly is due to the fact that Judas Iscariot was by tradition the 13th person to be seated to dine at the Last Supper.

It’s all horse puckey, of course, but if there is a correlation between Friday the 13th and “bad things,” it seems to run the other way:

Dutch statisticians have established that Friday 13th, a date regarded in many countries as inauspicious, is actually safer than an average Friday. A study … by the Dutch Center for Insurance Statistics (CVS) showed that fewer accidents and reports of fire and theft occur when the 13th of the month falls on a Friday than on other Fridays. … In the last two years, Dutch insurers received reports of an average 7,800 traffic accidents each Friday, the CVS study said. But the average figure when the 13th fell on a Friday was just 7,500.

In this case, the superstition may be beneficial; it’s possible that people who believe that Friday the 13th brings bad luck simply drive more conservatively on that day.

March 13, 2015
Disney's Cinderella Is a Fundamentalist's Wet Dream
Next Post

March 13, 2015 Bryan Fischer: Unlike Liberals, I'm a "Live and Let Live" Sort of Guy
"That's ridiculous and presumptuous with no rational basis."
Nekronn99 Christian Nationalist Preacher: God Will Soon ..."
"I'm fortunate to have my gender identity align with my anatomy.Since gender is essentially just ..."
しょうがない Richard Dawkins Stripped of “Humanist of ..."
"Brain bleach! Where is my fücking brain bleach?!"
CorporalKlinger Pastor: Biden Isn’t Really President Since Trump ..."
"Plus being trans tends to come with all kinds of problems from society, so if ..."
Padawan Gehenna Richard Dawkins Stripped of “Humanist of ..."
Browse Our Archives
What Are Your Thoughts?leave a comment