Franklin Graham Claims That President Obama’s Mother, a Secular Humanist, “Must Have Been a Muslim” March 13, 2015 Hemant Mehta

Franklin Graham Claims That President Obama’s Mother, a Secular Humanist, “Must Have Been a Muslim”

President Obama‘s father was an atheist. Obama once said in a speech that his father “was born Muslim but as an adult became an atheist.”

His mother was Agnostic (though Obama once referred to her as a “witness for Secular Humanism“).

But if you listen to Franklin Graham, the conservative who propels himself using father Billy Graham‘s name, Obama doesn’t really understand the religious beliefs of his own parents.

Yesterday, as a guest on the Family Research Council’s “Washington Watch,” Graham told host Tony Perkins that Obama’s mother was probably a Muslim and that’s why he’s so hesitant to attack ISIS: 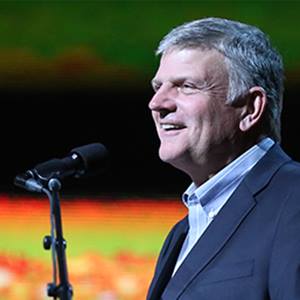 One of the problems we have [is that Obama’s] father was a Muslim, and his step-father was a Muslim. [He] lived in Indonesia and went to Muslim schools. His mother must have been a Muslim — we don’t know that, but she married two Muslim men, so there must have been something there. And the framework that our president has growing up, his influences in his life was that of Islam.

1) Those are lies. They’re what Franklin Graham sells for a living.

2) Even if she were a Muslim, which she wasn’t, who cares?

3) Even if she married Muslims, which she didn’t, who cares?

4) Obama is fighting ISIS. If you don’t like the way he’s going about it, they say that. But Obama’s secret affinity for Islam, which he doesn’t have, isn’t preventing him from taking action.

This is the sort of bullshit that Christian conservatism is built upon. It’s the foundation. And there’s so much of it, it’s become solid.

March 13, 2015
I Guess God's Going to Decide the Winner of the Pacquiao/Mayweather Match
Next Post