The Paleo diet is one that’s high in protein, meat, and fiber… and light on carbs. There’s plenty of reason to criticize it, but the latest one is pretty damning.

Australian author Pete Evans is a proponent of that diet and he was going to release his latest book, Bubba Yum Yum: The Paleo Way, this Friday. It’s a Paleo cookbook for new mothers and their babies. 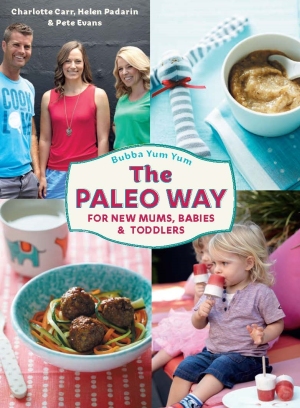 Just one problem: The recipes could kill them.

Thankfully, health officials forced the publishers to delay release of the book (for an undetermined length of time):

“In my view, there’s a very real possibility that a baby may die if this book goes ahead,” Professor Heather Yeatman, president of the Public Health Association of Australia, has told The Weekly online.

“Especially if [the DIY formula] was the only food a parent was feeding their infant, it’s a very real risk. And [I consider that] the baby’s growth and development could be impaired.”

Experts warn it contains more than ten times the safe maximum daily intake of vitamin A for babies and inadequate levels of other nutrients.

Health officials warn the recipe for baby bone broth formula, which also includes oils and a probiotic supplement, could potentially cause a vitamin A overdose in infants, the symptoms of which include loss of appetite, dry skin, hair loss, bone pain, fissures in the corners of the mouth and failure to thrive.

Of course, if Evans and his co-authors cared about the science behind the diet instead of just making a quick buck, they could have found workarounds for this ahead of time. Even scarier is the possibility that Evans knew about these problems — how could he not when he promotes this diet for a career — and wrote the book anyway.

It’s all the more reason to ignore these fad diets. If you want your child’s diet to resemble what they had in the caveman days, stick to breast milk.

(Thanks to Zack for the link)

March 12, 2015 Bobby Jindal Warns That Secularism Will Destroy Religious Freedom
Browse Our Archives
What Are Your Thoughts?leave a comment