More than a dozen leaders of conservative Christian groups have issued a call for parents to keep their children at home during next month’s “Day of Silence” (a student-run initiative during which volunteers don’t speak, all on behalf of the members of the LGBT community who have been forced to be silent about their sexual identities).

Many of the signers are familiar to readers of this site, like Laurie Higgins (of the Illinois Family Institute), Matt Barber, Dr. Michael Brown, Peter LaBarbera, Mat Staver, and Scott Lively. 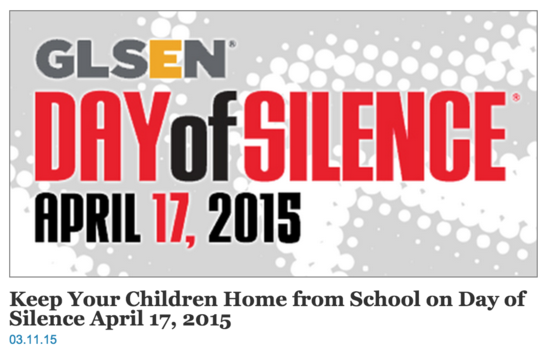 The Day of Silence exploits government schools, captive audiences, and anti-bullying sentiment to advance the Left’s social, moral, and political beliefs and goals. GLSEN seeks to advance the belief that all public expressions of moral disapproval of homosexual activity are bullying.

A coalition of pro-family organizations is once again urging parents to keep their children home from school on the Day of Silence if their school administrations will be allowing students to politicize instructional time by refusing to speak.

The core of their argument is that the Day of Silence “politicizes” the classroom. And maybe if they left it at that, I could understand where they’re coming from…

But it turns out conservative Christians already have their own event — modeled after the Day of Silence — where kids stay silent on behalf of aborted babies, while affirming their anti-choice beliefs. It’s called the “Pro-Life Day of Silent Solidarity.”

It’s a student-led event, it’s perfectly legal, and (if you want to use the Religious Right’s language) it’s also taking a political issue and bringing it inside the classroom.

No atheist or civil liberties group has ever tried to put a stop to it, nor have they ever urged parents to remove their children from the classroom as a result of it.

More importantly, though, I have never seen any of these Christian Right groups issue a statement condemning the Pro-Life Day of Silent Solidarity.

In fact, there’s not even a mention of the event on the Illinois Family Institute’s website. 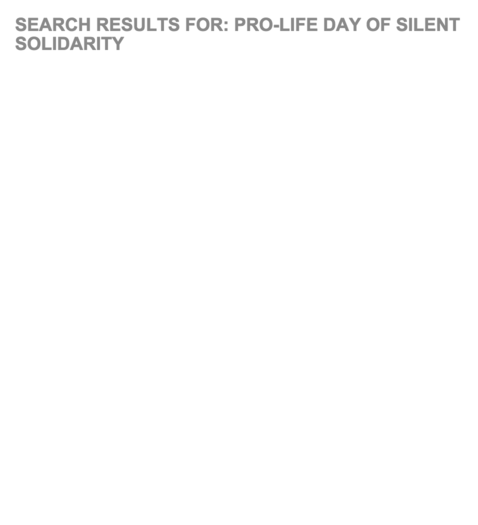 These Christians are hypocrites. We’ve always known that, but has the evidence ever been this clear?

They don’t give a damn about “politicizing” the classroom as long as it promotes their personal agenda.