Andrews University in Michigan (a Christian school affiliated with the Seventh-day Adventist Church) has hit a new low when it comes to throwing LGBT people — LGBT youth — under the bus.

The campus LGBT student group AULL4One recently began planning a bake sale whose proceeds would benefit homeless LGBT youth. But in the early stages, Dean of Student Life Steve Yeagley told the group to cease and desist because the fundraiser “conflicts with their mission.” 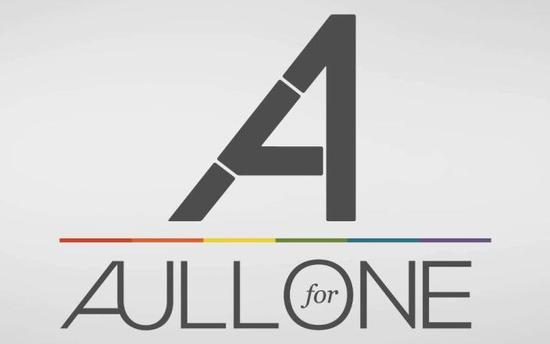 AULL4One is already taking a risk just by existing; while the university knows of the group, according to bisexual student Eliel Cruz, the club is not allowed to advertise meetings or events. And now, they’re apparently not allowed to provide support to one of the most marginalized and underserved populations in the country.

Cruz asked Yeagley for more information, according to Blue Nation Review, and here’s what he got back:

Sorry for taking so long to get back with you. It seems that I may not have been clear in our earlier conversation that I was formally communicating the response of the University. In fact, the University has decided not to support the fundraising proposal made by AULL4One, and I was asked to communicate that to you. So that much has been done.

However, you also asked for some sort of written clarification as to why the decision was made. I think the most helpful thing I can do is to draw your attention to the fundraising policy found in the Student Handbook. It simply states that funds may be raised for non-profit organizations “whose mission and practices do not conflict with those of the University.” I think the judgment in this case is that there may be a perceived conflict between the mission and practices of Andrews University and those of Fierce Chicago — certainly not in their efforts to aid homeless youth, but in their approach to the LGBT issue, at large.

I hope this will be helpful. If a way can be found to serve LGBT homeless youth through an organization that more fully reflects the University’s mission and the stance of our denomination (which clearly calls for exhibiting compassion toward LGBT persons), let’s explore that.

“The findings from this survey demonstrate that many LGBT youth are at high risk of homelessness, often as a result of family rejection and abuse. The analyses offer critical insights into the challenges that these young people face when they seek help during a very difficult time in their lives,” states Laura E. Durso, study co-author and Public Policy Fellow at the Williams Institute.

Thankfully, Cruz knows this. He’s a writer, an activist, and an intelligent and well-informed person. So he pushed back against Yeagley:

Again, respectfully, what exactly are the “perceived” conflicts? I’m getting directed to the student handbook without actually being given tangible reasons to this situation. What about project fierce’s work is a “conflict” with the mission of Andrews University?

Also, would a proposal to raise funds for another LGBT organization that works with LGBT homeless youth (say the Center in Halsted) actually be accepted?

Legitimate and respectful response, right? Maybe the administration could work with AULL4One so they could find a mutually beneficial way to treat LGBT youth in need with “compassion,” as Yeagley himself suggested. The author of the BNR piece, John Paul Brammer, was just as alarmed by the administration’s response and reached out to them with similar questions. Here’s what he got back:

Andrews University recognizes the special challenges facing LGBT youth and believes that efforts to help them are worthy.

Providing care to LGBT homeless youth is compatible with our institutional mission to demonstrate God’s love to all people, and reflects our denomination’s specific call to exhibit compassion for LGBT persons.

At the same time, Andrews University has declined a student request to officially endorse a fundraising effort to raise money for an organization that may have a perceived LGBT advocacy role.

This decision was made in the context of our student fundraising policy in the Student Handbook, which states that funds may be raised for non-profit organizations “whose mission and practices do not conflict with those of the University.”

So, our objection was not to the worthy goal of serving LGBT homeless youth and their transitional housing needs but to the perceived advocacy stance of the proposed organization.

Click on the following links for more information on the Seventh-day Adventist Church’s positions on homosexuality and same sex unions.

The “advocacy stance” of an LGBT youth homelessness organization is problematic for Andrews University. It seems the school would rather AULL4One identify an organization that will provide homeless LGBT youth with services but not “advocate” for them — give them a bed, then throw a Bible at them and tell them they’re going to Hell, perhaps? Or maybe they’d prefer a don’t-ask-don’t-tell kind of homeless kid, one who can have a meal as long as he doesn’t say anything about his boyfriend? (History of the Salvation Army, anyone?)

Unfortunately, very few Christian or otherwise “mission-aligned” organizations are doing anything to help homeless LGBT youth. In fact, they’re the ones putting LGBT youth on the streets. According to the policy Yeagley cited, virtually any organization that is deliberate about focusing on the needs of LGBT people does not qualify for Andrews’ charity. If any goodwill benefits an LGBT person, it must be coincidental — otherwise, Andrews isn’t interested.

In response to this mess, Cruz launched an off-campus Indiegogo fundraiser to benefit Project Fierce, a Chicago organization fighting LGBT youth homelessness. May I suggest students donate their tuition dollars?

March 11, 2015 Judge Dismisses American Atheists’ Lawsuit Against Ten Commandments Monument on Oklahoma Capitol Grounds
Browse Our Archives
What Are Your Thoughts?leave a comment