This Kind of Vandalism on a German Pastafarian Sign is Just Annoying… March 10, 2015 Hemant Mehta

A few months ago, I posted about how a group of German Pastafarians were able to get the city of Templin to put up signs alerting people to their meetings:

Since that time, someone has been messing with the Pastafarians. It’s not full-on “vandalism,” per se, but someone has repeatedly (four times now) put what appears to be red “caution” tape over the symbol: 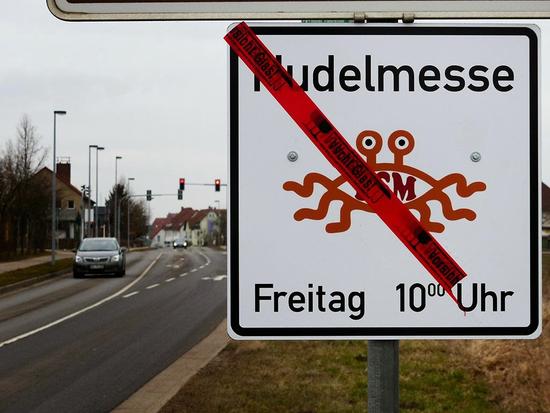 It doesn’t even seem very effective — the day and time are still visible — but this is what atheists have to deal with, even in a country with a significant non-religious population.