Re “People With Children Are Not Necessarily Parents”: An Open Letter To Bishop Kevin Doran March 10, 2015 Terry Firma

Re “People With Children Are Not Necessarily Parents”: An Open Letter To Bishop Kevin Doran

In a recent radio interview, you rejected same-sex marriage because

“It doesn’t include the openness to procreation, which is one of the essential dimensions of marriage; … and the reason for the state or society to get involved in marriage was because it has to do with the important business of children.”

It so happens that, a few years ago, two of our closest family friends — they run a Christian conference center a few states away — lost their eight-week-old child in utero. That is, she miscarried. She told me and my wife on the phone that night, sobbing. They hadn’t been able to conceive before, and at her age, it wasn’t very likely that they’d have children in the future. (They’ve indeed remained childless.)

Is their long and happy marriage a sham? Is it worthless to you, and to God, because they have not successfully procreated? Does the fact that they have touched hundreds of people’s lives, including mine, with much thoughtfulness and generosity mean anything at all?

If you agree that the marriage of my friends is a legitimate bond, perhaps even a sacrament, why do you give them a pass while insisting that (childless) same-sex couples make a mockery of marriage? 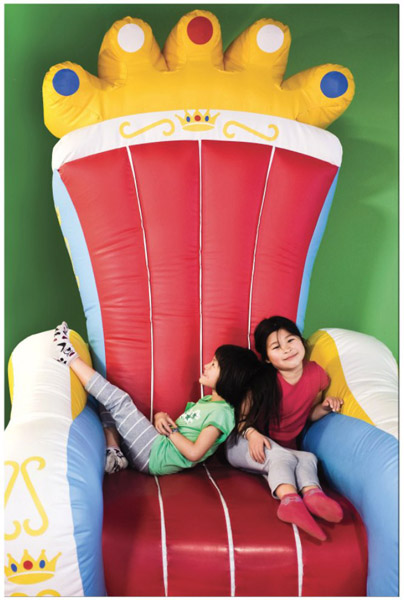 I have attached a picture of my two young daughters. My wife and I adopted them when they were babies. We don’t have biological kids; that just never happened for us. Our two girls are the light of our lives. They are fun-loving and kind and independent-minded and whip-smart. The four of us are just weeks away from traveling to adopt our final daughter and sibling, a five-year-old girl who’s spent her whole life in an orphanage.

I bring up my children because for a moment it seemed that without these kids, you believe that my marriage is worth next to nothing. You appear to agree with the stranger who, attempting to tear down my support of marriage equality, told me

“God created men and women for their God-given roles to have homes with children to bring joy and happiness in life.”

But on second thought, even by that somewhat narrow standard, perhaps you would be willing to exempt my wife and myself from the rule. We do have children, after all — even if they didn’t spring from our loins, to use a Biblical phrase.

Now, here’s the rub: If you and God determine that our close relationship has redeeming value after all, on account of us having kids, you would logically have to extend the exemption to same-sex couples, at least to those who have children — either from a previous relationship, or through adoption.

Should you ever make it to the United States, please come to dinner. I make a decent shrimp risotto. In fact, you’ll never have to buy your own meal for the duration of your stay, as I can make sure you’ll get invited by other families with adopted children too, including at least one same-sex couple we’re friends with. Then, I’d like to hear during the post-prandial brandy, or at any other time that suits you, whether you still think that all of us are lesser in your eyes, and in the eyes of your God, than couples with biological children.

If we somehow end up changing your mind, you may credit it to God’s light, and I won’t be churlish enough to argue.

March 10, 2015
What If I'm an Atheist? is a Teen's Guide to Life Without Religion
Next Post

March 10, 2015 What Would a Secular God Look Like? An Atheist Searches for a Realistic Higher Power in This New Book
"Not everyone has the ability to post links these days, but for some reason I ..."
WallofSleep This Group Uses Christianity as Justification ..."
"Dawkins has a right to his opinion. You, who vehemently disagreed with his view, also, ..."
Judgeforyourself37 Richard Dawkins: It’s “Wise and Sensible” ..."
"Maybe you could share a link or two? A quick Google didn't help."
wannabe This Group Uses Christianity as Justification ..."
"I could've sworn I've seen him in full military regalia inspecting the troops.I could really ..."
Xopher Leonard Anti-Racism Activist Rev. Rob Lee IV ..."
Browse Our Archives
What Are Your Thoughts?leave a comment