Highlights from the Ex-Muslims of North America’s Reddit AMA

Yesterday, several leaders of the Ex-Muslims of North America did an “Ask Me Anything” on Reddit, answering all sorts of questions from the site’s members. 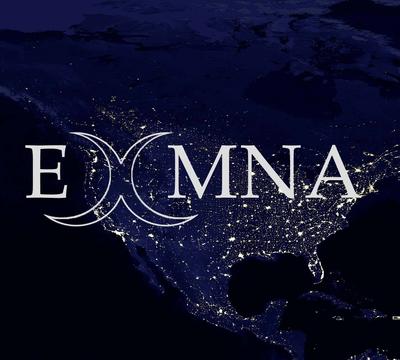 Here were excerpts from the thread (with edits):

Q: What can ex-Muslims like me who are living in Muslim countries do to make things better for other ex-Muslims without putting our lives in danger? I do not want to become another Raif Badawi.

A: Write! Speak out but do so anonymously. You can purchase a VPN that will anonymize your connection and allow you to avoid detection. If you’re in a particularly dangerous location perhaps use TOR or encrypt your posts and email them to us or other secularists that can post them for you.

Organize Muslims to stand up for principles that will protected everyone. The solution to Shia-Sunni-Ahmedi-etc conflicts are secularism. One can fight for secularism while outwardly going through the motions of being a devout muslim.

Ultimately we have to stand up and demand change. Unfortunately asking a billion odd people to change won’t come without cost and the first people to make a demand of that magnitude usually are the ones to suffer most. It’s an individual choice on what you can do and what you are willing to risk.

Q: What words of advice would you give to someone who left Islam who is worried about coming out to their family and community?

A: Primarily look after your own safety and independence. If you’re in a secular state, focus on your education and try to become financially independent. There are active ex-Muslim communities in Australia, Canada, US, UK… reach out to them for support, and if there isn’t one local to you, reach out to secular groups. They’ve been very helpful to all of us.

If you’re NOT in a secular state, keep it to yourself, at least if you don’t have an option to leave quickly. We get regular reports of people being arrested or worse if word of their atheism reaches the wrong circles… I’d also advise studying, applying for school in a secular country and trying to move over. The easiest way to do so is with work or education.

About the family specifically, it’s more about whether they’ll be accepting or not… If you’re a guy it’s usually significantly easier than if you’re a girl. If you stagger changes, it’s often easier for others to come to terms with it. For example, praying 5 times a day to once a day to once a week to stopping altogether, or taking off the Hijab while swearing to be devout.

Obviously if conditions are intolerable or abusive, making a clean break is the best way, but ultimately you’re the only one that can decide that.

Q: How can Atheists who have never identified as Muslims help?

A: Invite Ex-Muslims to speak on campus, media, other venues. Our sister group in the UK has launched an initiative where Ex-Muslims are speaking on campuses, sharing our experiences. In order for change to happen Ex-Muslim voices need to be normalized and mainstream. We’re working on launching a similar series in the US / Canada as well.

Encourage Muslim organizations to talk to us or invite us to speak at their events. Ultimately the apostasy stigma is something that affects their own families, their own children… they have to come to terms with it and the faster that happens the better we will all be.

The biggest issue we have is people do not know we exist, most ex-Muslims are in the closet for various reasons and it’s extremely hard to find/organize those that are in hiding :). Spread the word of our existence!

Donations — We’re a volunteer run organization and received our non-profit designation around 6 months ago. We can use all the help we can get 🙂

Whenever you see the word Islamophobia, encourage the use of Anti-Muslim Bigotry, clarify that disliking any idea is very different from bigotry towards a people. By conflating all valid criticism of Islam with bigotry, you may be slamming on the brakes of the very reform you desire to see.

That last suggestion is fantastic.

There’s so much more where these came from. Check out the whole thread. (You may want to sort the list by “Top” comments.) And you can also read a guest post written by two of the EXMNA’s leaders right here.

March 10, 2015
Fox News Discusses if Terminally-ill Cancer Patient Who Wants to End Her Life is Cowardly
Next Post

March 11, 2015 Happy Baisakhi To You Too!
Browse Our Archives
What Are Your Thoughts?leave a comment