Watching the videos of Richard Dawkins reading his hate mail was an unexpected pleasure.

Sometimes, that’s the best you can do with nasty insults and vicious invective — defang them by spinning the tar into comedy gold. That’s exactly what these folks decided to do:

‘When it comes to you Muslims,” Hasnain Kazim tells the audience, “we Germans are going to pick up where we left off with the Jews. It would please me if the first time we meet is when your smoke is rising out of the chimney.”

You might expect such malignance to reap a stunned silence, or gasps.

But Kazim, a 40-year-old journalist with Spiegel Online, is treated to rollicking laughter and applause instead. This, after all, is Hate Poetry night in Berlin, an opportunity for a troupe of German journalists, all of whom have vaguely Muslim-sounding names, to read out some of the more creatively despicable messages clogging up their inboxes.

Disturbingly, each has plenty to choose from, and the fountain of hatred flows late into the evening, with insults like these: “I have nothing against Muslims as long as the only place they are staying is at the local cemetery.” 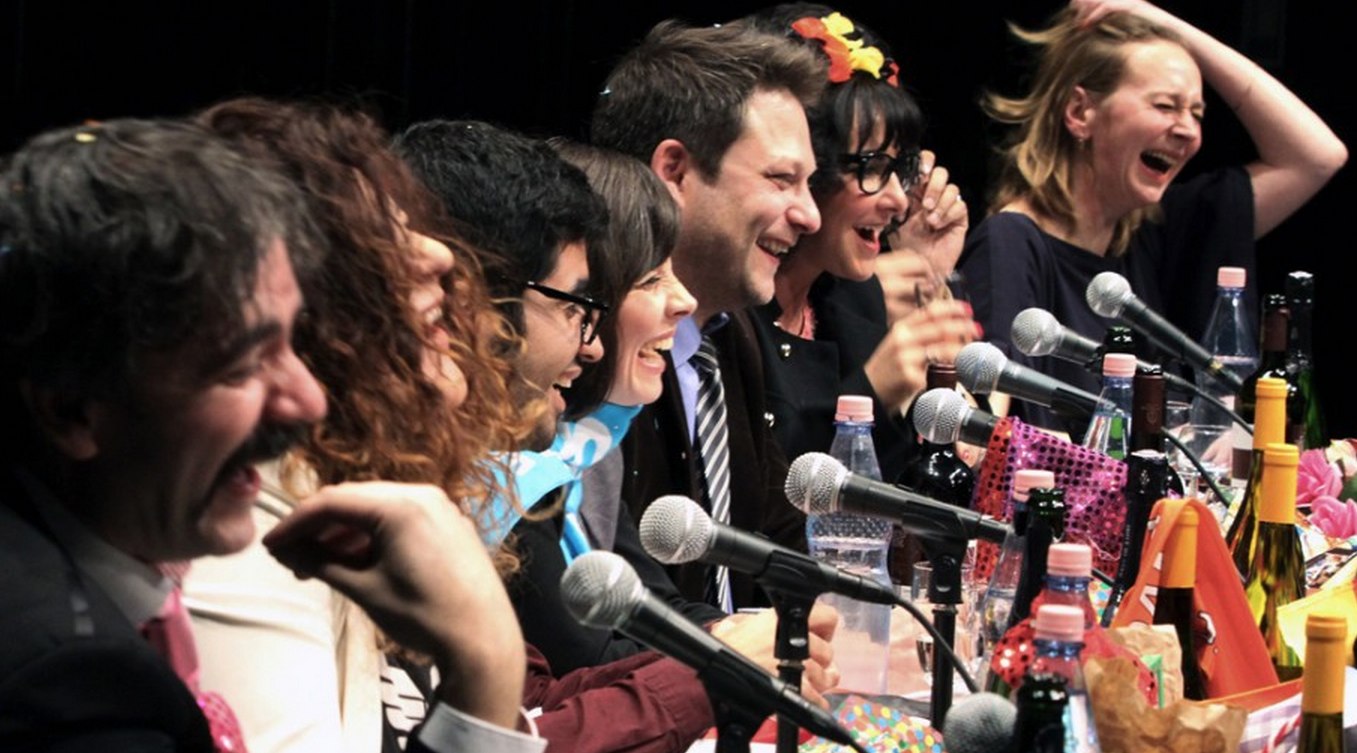 Rather than suffer such indignities in silence, the writers banded together to form a kind of slam-poetry series, where the most imaginative and eloquently abhorrent diatribes are read out as mesmerising, high-concept theater. …

The show is presented as a competition, with a hostess awarding prizes in such categories as “Dear Mr. Asshole and Dear Ms. Cunt” or “Subscription Cancellation.” The prizes include a yellow safety vest adorned with the words “Sharia Police” and a mosque-shaped alarm clock. The most outrageous letters are greeted with showers of confetti.

That really does sound like great fun — a sweet and clever way to turn hate on its head.

March 9, 2015
Look Who's Appearing at the Atheist Strip Club Tonight...
Next Post

March 9, 2015 This Year, Religious Fraudsters Will Bag a Record $50 Billion -- "a Huge Jump," Says the Trinity Foundation
Browse Our Archives
What Are Your Thoughts?leave a comment