FOX News Hires Alveda King, Who Is Anti-Abortion and Anti-Divorce Despite Having Obtained Several of Each Herself March 8, 2015 Terry Firma

FOX News Hires Alveda King, Who Is Anti-Abortion and Anti-Divorce Despite Having Obtained Several of Each Herself

A new face on FOX News:

“Alveda has brilliantly carried the legacy of the King family to the next generation and has been a source of inspiration for many Americans,” Ailes said in making the announcement. “Her passion and mission for social change will be a valuable contribution to our network.”

And how has Ms. King, 64, advanced the cause of human freedom? 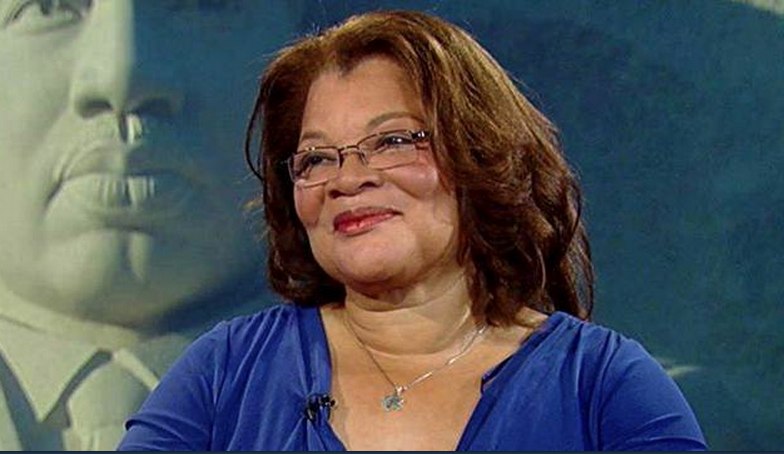 King is a prominent anti-abortion activist and serves as director of African-American outreach at Priests for Life. She has also courted controversy by speaking out against LGBT rights, proclaiming in 1998 that “God hates homosexuality” and comparing gay marriage to genocide in a 2010 speech.

You don’t have to do much digging at all to discover that King — who is opposed to abortion and thinks hetero marriages are sacred — has freely obtained both abortions and divorces in the past.

She had two abortions and attempted to get a third one. When she became pregnant, she says her doctor, without the family’s knowledge, gave her an abortion…. When she was pregnant in 1973, she went to Planned Parenthood and got a second abortion. Later, she wanted to get a third abortion, but neither the father nor her grandfather would pay for it.

She has been married and divorced three times

Hooray and hosanna for principles.

More on her fine record here.

I was startled to read, on Ms. King’s website, the following:

Slain? That didn’t ring a bell — and for good reason, it turns out. A.D. King drowned at home in his own pool after struggling with long periods of depression and alcoholism. Confirmed here, here, here, here, and here. It’s anybody’s guess why Ms. King would turn her father’s accidental drowning — or possible suicide — into something of a civil-rights milestone, but I’m sure her version of events has done nothing to impede her marketability.

March 8, 2015 Michigan Mayor Whose Promotion of Christianity Cost Town $100,000 Will Now Give Out "In God We Trust" Posters
Browse Our Archives
What Are Your Thoughts?leave a comment