Chris Cornell (not, not that one) was planning to get very busy.

An Ohio man claiming sympathy with Islamic State militants and charged with plotting to attack the U.S. Capitol said in a television interview that he would have shot President Barack Obama in the head. Christopher Cornell, 20, told Cincinnati’s FOX 19 WXIX TV that if he had not been arrested by FBI agents in January, he would have carried out an alleged plot to plant pipe bombs on the Capitol and at the Israeli Embassy.

In mid-January, FBI agents arrested him at a local gun shop after Cornell bought two AR-15 rifles and 600 rounds of ammo. The FBI knew what Cornell was up to after he talked to an undercover agent about his murderous intentions. Initially, news reports only said that he had planned to bomb the U.S. Capitol.

In the TV interview, conducted over the phone, Cornell got a lot more explicit about what he’d had in mind. 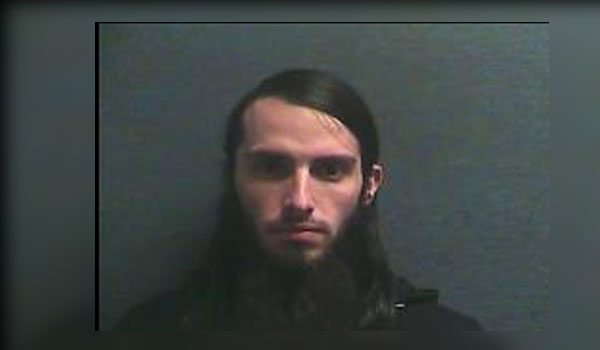 “What would I have done? I would have took my gun, I would have put it to Obama’s head and I would have pulled the trigger,” Cornell, of Cincinnati, said in a telephone interview from the Boone County, Kentucky, jail [that] aired on Friday.

“Then I would have released more bullets on the Senate and the House of Representative members, and I would have attacked the Israeli Embassy and various other buildings full of kafir [a Muslim term for infidel] who want to wage war against us Muslims and shed our blood. That’s what would happen,” he said. “I got orders from the brothers overseas because I’m with the Islamic State. My brothers over there, in Syria and Iraq, gave me specific orders to carry out jihad in the West, so I did so.”

March 7, 2015
Saudi Arabian Government: The Media and International Groups Should Stop Interfering in the Raif Badawi Case
Next Post

March 7, 2015 A Vocal Atheist May Soon Be Appointed to the Los Angeles Superior Court
Browse Our Archives
What Are Your Thoughts?leave a comment