Female Muslim TV hosts are beginning to make a delicious habit of their uppity insolence.

Last month we enjoyed the spectacle of a Saudi TV host losing her composure and laughing in a male guest’s face when he proposed something absurdly sexist and offensive.

Now it’s the turn of interviewer Rima Karaki of Lebanon’s Al-Jadeed TV. When she attempts to rein in her loquacious, time-wasting guest, London-based Islamist Hani Al-Sibai, the man quickly goes from irritated to upset to nasty. 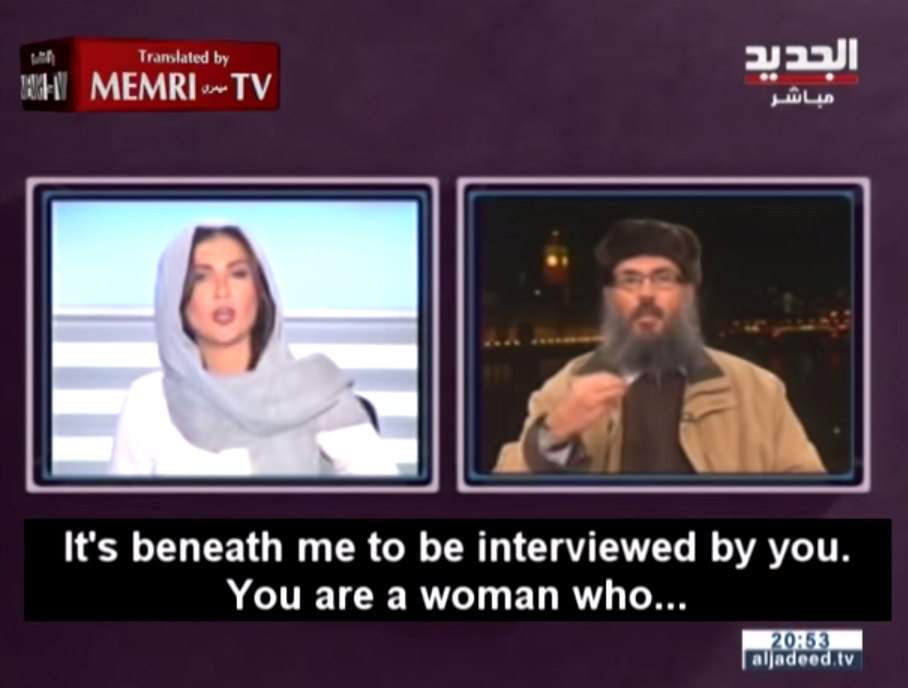 This version of events says that in the end, she had his mic turned off, presumably terminating his appearance, but the video doesn’t exactly show that. Still, kudos to Karaki for not taking guff from this disagreeable cretin.

March 7, 2015
In the Footsteps of the Prophet, Australian Muslim Marries a Child -- and Pays the Price For It
Next Post