Tonight, a Guest Speaker at a Christian College Will Argue “Against Critical Thinking” March 6, 2015 Hemant Mehta

Tonight, a Guest Speaker at a Christian College Will Argue “Against Critical Thinking”

We sometimes joke on this site about how pastors should let teenagers proofread their church signs before certain unintended messages get spread around the Internet.

You’d think a Christian school would have an easier time of doing that… but tonight, Ontario-based Augustine College will be hosting a public lecture called “Against Critical Thinking”: 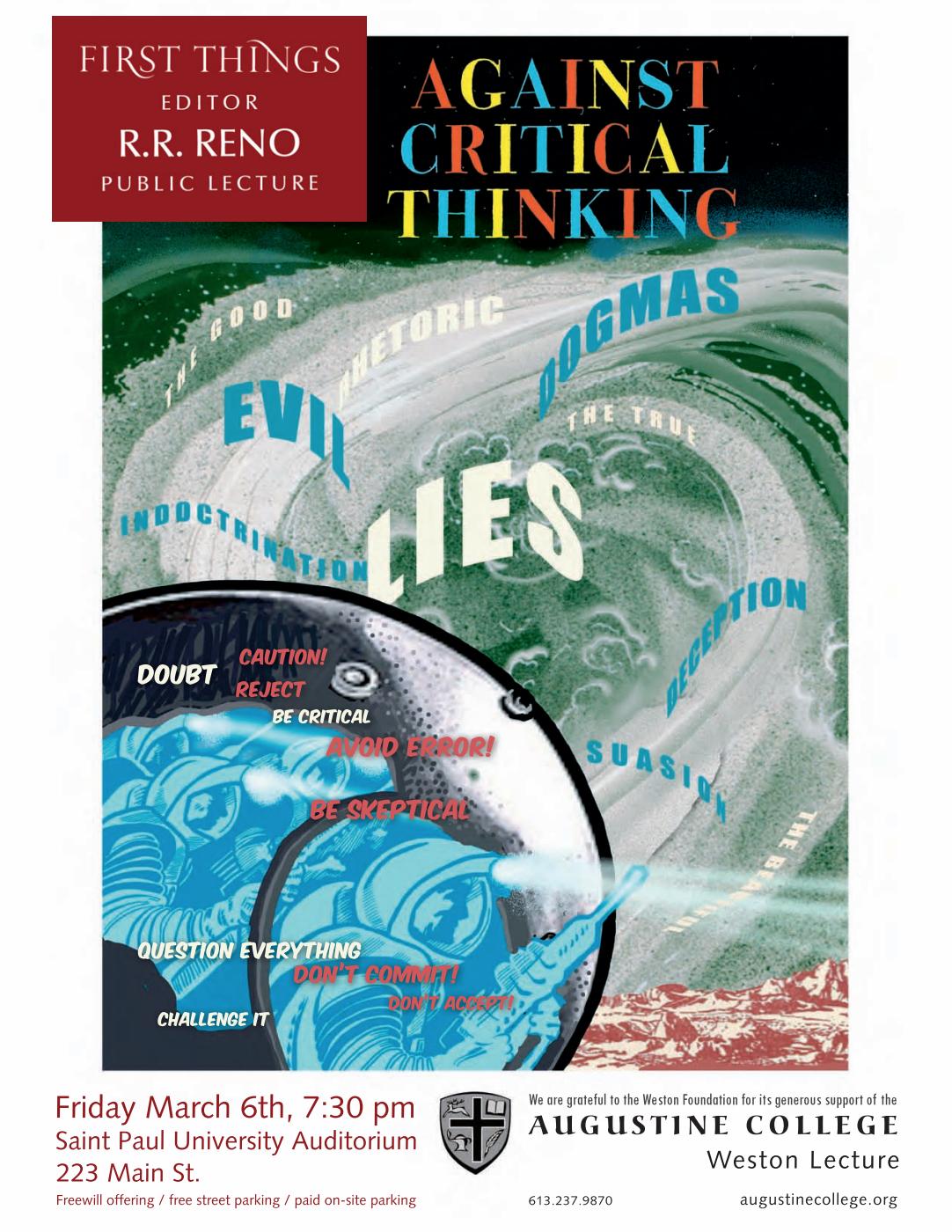 Today’s academic culture overemphasizes critical questioning and doubt. This fails to train us how to assent to truth. For that we need a pedagogy of piety, which means an approach to instruction that is ordered toward that affirmation of truth.

That’s not even an accident. They’re literally hosting a speaker who’s arguing that critical thinking is a bad idea. One definition of “piety,” by the way, is “a belief or point of view that is accepted with unthinking conventional reverence.”

JT Eberhard speculates how the Q&A will go:

“Why should we believe you?”

“See? That’s the problem right there.”

Actually, there probably won’t even be a Q&A. Why would there be, when you’re just supposed to accept what you’re told?