Bryan Fischer Claims Job, Far from Being a Biblical Hero, Should Have Done More to Defend God’s Wrath

What’s the moral of the biblical story of Job?

My understanding of it has always been that it’s about a man who — despite all the horrible things that happen to him during his life — remains completely loyal to God. For that loyalty, he is later rewarded.

Apparently, I have no idea what I’m talking about.

On Bryan Fischer‘s show recently, he explained that the story is really all about how Job didn’t do enough to defend God’s wrath (around the 6:00 mark): 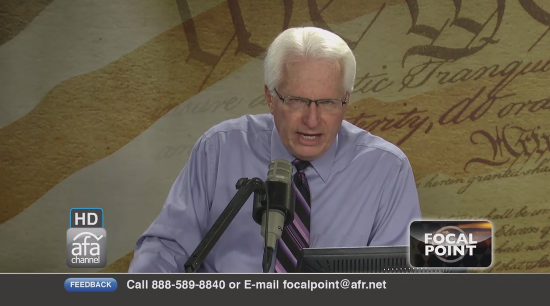 … This was the basic problem that God had with Job, is he spent all of his time defending himself rather than justifying God, defending what God had done, defending God’s right to do in Job’s life what He had done, and advancing the truth that God had a reason for all of this, that there was a larger purpose in all of this suffering. It wasn’t mindless, but it was purposeful, and even though Job could say “I don’t understand it. I believe that God is righteous. I believe He cannot do a single, solitary thing wrong, therefore I believe… everything that’s happened in my life has passed through His hands first. So even these terrible, horrible, no good, very bad things that are happening to me, I have got to believe God has a purpose in this.”

So Job, far from being a hero, was really an ungrateful wretch. He should have thanked God more for killing his children and taking away everything Job had worked for in his life.

Somehow, in a story that already makes God look awful, Fischer’s explanation makes God out to be an even bigger monster than we thought.

March 5, 2015
Please Support the Work I Do Through This Site
Next Post