No, Time Magazine Did Not Publish a Cover Calling Craig Stephen Hicks “The Face of American Terror” March 4, 2015 Terry Firma

No, Time Magazine Did Not Publish a Cover Calling Craig Stephen Hicks “The Face of American Terror”

I’ve seen an image doing the rounds on social media that is not what it seems. Some of the commenters at Friendly Atheist were also more or less snookered by it, following its inclusion in a YouTube video by the abominable Gordon Klingenschmitt that Hemant featured in a post yesterday. So let’s set the record straight.

No, Time magazine did not come out with a cover that calls Craig Stephen Hicks, the killer of three Muslims in Chapel Hill, “The Face of American Terror.” 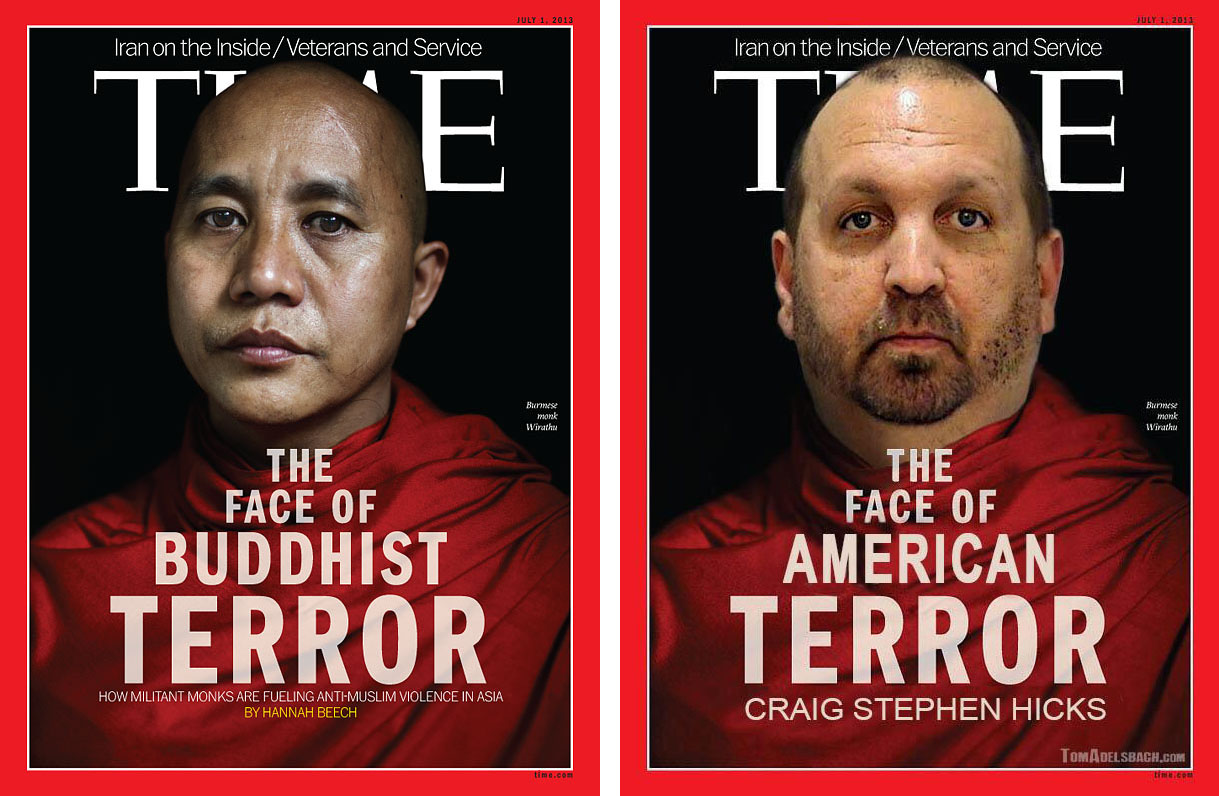 That image is a ‘shopped version of a 2013 Time cover featuring Buddhist monk Ashin Wirathu, who is affiliated with the 969 movement, the violent Burmese fascists who’ve gone on genocidal outings against Muslims.

As you can see in the side-by-side picture, the Photoshopper — a graphic designer by the name of Tom Adelsbach, according to the watermark in the lower right — didn’t even bother to change the date or the caption.

Time, as we’ve noted, has no trouble belittling or besmirching atheists. This, though, isn’t one of those occasions.