Last week, Jimmy Kimmel aired a fantastic rant against anti-vaxxers by simply explaining the reality of the situation — there’s no link between vaccines and autism, for example — and sharing what the vast majority of medical professionals recommend: 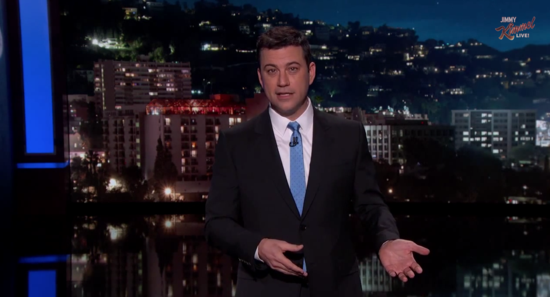 It won’t surprise you to learn that the anti-vaccination crowd is vocal and angry. (Which makes sense, I guess, since it’s not like they have science on their side…)

It led to Kimmel following up with another segment in which he shared angry tweets from viewers. One said Kimmel was “worse than the Priests abusing Boys and Bill Cosby drugging Girls.”

Thankfully, he didn’t back down. Kimmel said he wasn’t going to stop talking about the issue, and he had no intention to present the “other side” because this wasn’t an issue that had two equal but opposing sides.

And then it just got better:

It shouldn’t be a rare thing for celebrities to speak out in support of science, but it seems like it is these days. So good for him and let’s hope he keeps this going.