Richard Dawkins’ Best Piece of Advice? Break Out of the “Anesthetic of Familiarity” March 2, 2015 Hemant Mehta

Richard Dawkins’ Best Piece of Advice? Break Out of the “Anesthetic of Familiarity”

British “self-help guru” Paul McKenna has an interview show on the Television Four channel (think Charlie Rose). During a recent conversation, he asked Richard Dawkins for the best advice he could offer: 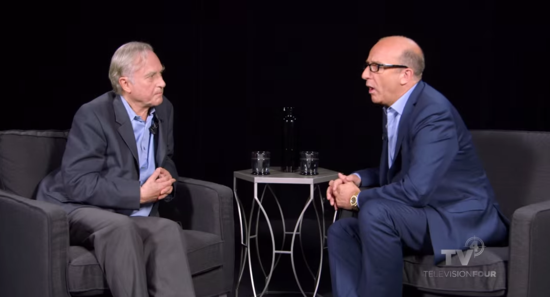 Break out of what I’ve called the anesthetic of familiarity. Imagine that you’ve just landed on this planet from another world, and you open your eyes, and you see things not as familiar and dull and humdrum as we do see them, but see it as if with new eyes, from which the scales have just fallen, as if you had just landed, and rejoice in the fact that you are here.

Certainly, if you did that, religion and certain other traditions would just seem absurd. We’re just so used to those stories and myths that we don’t consider how silly they sound to people unfamiliar with them.

The full interview can be seen here.

March 1, 2015
Raif Badawi, Possibly Spared from Additional Lashes, Could Now Be Sentenced to Death
Next Post