Did Jesus Die On a Cross… Or On a Pole?

You learn something new every day.

For centuries scholars have known that the Greek New Testament word “stauros,” which is translated into English as cross, can refer to a device of several shapes, commonly a single upright pole, “torture stake” or even tree.

The Romans did not have a standard way of crucifying prisoners, and Josephus tells us that during the siege of Jerusalem, soldiers nailed or tied their victims in a variety of positions. 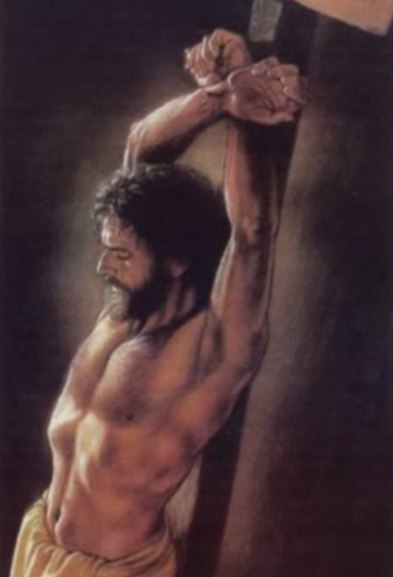 Early Christians may have centered on the vertical pole with a crossbeam because it echoed the Egyptian ankh, a symbol of life, or the Sumerian symbol for Tammuz, or because it simply was more artistically and symbolically distinctive than the alternatives. Imagine millions of people wearing a golden pole on a chain around their necks.

So was the crucifixion really a polifixion? It doesn’t truly matter, I suppose — but, like the tale of early Christian being thrown to the lions, it’s a damn good reminder of how fact-free faith’s myth-making can be.

March 1, 2015
A Most Unsettling Trend: Christians Rejoicing in ISIS
Next Post

March 1, 2015 Kansas Senate Approves Bill That Criminalizes Teaching Material Deemed “Harmful to Minors”
Browse Our Archives
What Are Your Thoughts?leave a comment