Dave Silverman Explains Why American Atheists Has a Presence at CPAC

Every time I post about American Atheists having a booth at the Conservative Political Action Conference (CPAC), people want to know why they’re there. It’s not that atheists can’t be conservative, but are those the kind of conservatives we want ties to? (Hell, do they even want anything to do with us?) The same sort of criticism was levied at Jamila Bey, an AA board member, who spoke at CPAC the other day.

To answer those questions, AA Public Relations Director Danielle Muscato interviewed AA President Dave Silverman on these topics, if for no other reason than to get his unedited responses on the record: 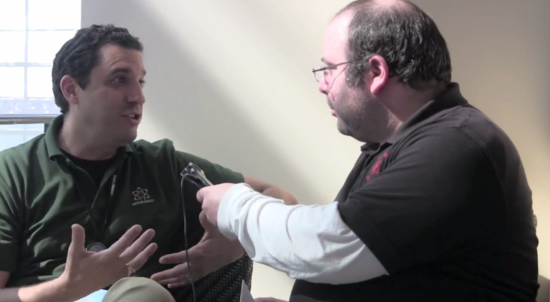 In essence, Silverman makes the point that conservatism (with a small “c”) doesn’t have to be synonymous with Christianity, even though that’s what it’s become. You can dump the social conservatism (which atheists overwhelmingly reject) without losing other conservative values like small government, he says.

In theory, what he’s saying makes sense. But I don’t think that separation between religion and politics is possible with the right wing right now. It’s just not strategic. The people in power get more support from the Christian base than they ever would by dumping the religious ties in order to reach out to moderates and atheists.

Silverman knows that, but he still claims that atheist presence at CPAC is important because it shows conservatives that there are people who would consider voting for them if they changed their ways. That change isn’t going to happen on its own. (Plus, adds Silverman, it would be nice if atheists had two candidates to choose from so they didn’t always have to vote defensively by going blue.)

Anyway, if any moments stand out to you, please leave the timestamp and summary in the comments.

February 28, 2015 Tony Perkins at CPAC: The Conservative Movement is Broad Enough to Include Atheists
Browse Our Archives
What Are Your Thoughts?leave a comment