Pro-Life Legislator Defends Faith-Healing Parents: “If I Want to Let My Child Be with God, Why is That Wrong?” February 27, 2015 Rachel Ford

Pro-Life Legislator Defends Faith-Healing Parents: “If I Want to Let My Child Be with God, Why is That Wrong?”

Christy Perry (below) is an Idaho Republican State Representative who champions her support for the sanctity-of-life on her website, where she lists it as a pressing issue. So, presumably, if such a self-styled champion of life heard that parents were allowing their children to die of easily treatable illnesses by withholding medical treatment, her pro-life commitment would ensure that she was at the forefront of the movement to protect the lives of those children. Right? 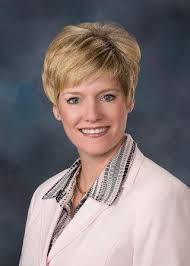 Not so much. According to a report from Al-Jazeera America‘s Leah Sottile, Perry suggests that faith-healing parents

… are more comfortable confronting death. “Children do die,” Perry said. “And I’m not trying to sound callous, but [people calling for reform] want to act as if death is an anomaly. But it’s not. It’s a way of life.”

Which might have been Perry’s first clue that something was wrong — because death should not be just a “way of life” for children.

But, you see, when it comes to being “pro-life,” you really need to read the terms and conditions, because limitations certainly apply. If you’re a zygote, embryo, or fetus, the pro-life community has got your back. But if you’re, say, a pregnant woman who will die without an abortion? Sorry, lady, we’re too “pro-life” for that. And what about kids dying from treatable ailments? Death just becomes “a way of life.”

But only after birth, of course, when the human brain is developed and can actually process thought and fear and pain. Before birth, it’s a tragedy, regardless of circumstance.

As Rep. Perry notes, people concerned with the lives of children are just misguided on this front. It’s vitally important to stop women from having abortions. But to stop parents from forcing dangerous religious rituals upon their children? That’s an assault on freedom. And probably one motivated by a hatred of religion.

“As you move out West, we tend to be much more independent people, and Idaho is a lot like that,” she said, adding that the independent streak is probably stronger in certain parts of the state, like Canyon County.

“They do not look to the government to help them at all,” said Perry, speaking about Followers of Christ. “They’re very self-sufficient and know how to take care of themselves. In Canyon County, people hunt to feed their families. They fish. They grow their own food.”

Faith healers, she said, are not uncaring parents. They simply trust God above doctors and have faith that God will do what’s right.

“They are comforted by the fact that they know their child is in heaven,” Perry said. “If I want to let my child be with God, why is that wrong?”

Furthermore, she said, she’s unsure of the motives of those who want to see faith-healing protections removed.

“Is it really because these children are dying more so than other children? Or is this really about an attack on a religion you don’t agree with?”

If I got this right, you’re pro-life if you think a woman has to be pregnant whether she wants to be or not, and sometimes even if it will kill her to be. On the other hand, you’re not pro-life if you think that a parent should provide life-saving medical care for their child — then, you’re anti-freedom, and you’re intent on persecuting religious minorities.

Andrea Yates could have used a champion of life like Rep. Perry on her side. She wouldn’t have had to plead insanity if she could have simply reminded the court that they were infringing on her religious liberties and persecuting her for her decision to let her children be with God. After all, “why is that wrong?”

(Via Raw Story. Thanks to Terry for the link)