I just posted about Hudsonville, Michigan the other day after their city newsletter began including the phrase “strive to serve God,” a phrase that is also a part of the city’s mission statement.

It turns out that’s just skimming the surface of religious intrusion into the community.

Apparently, Hudsonville South Elementary School was allowing the Western Michigan chapter of Bible Centered Ministries (BCM) International to hold a “Released Time Bible Club” during recess every week in a “mobile classroom” that is all-but-subtle: 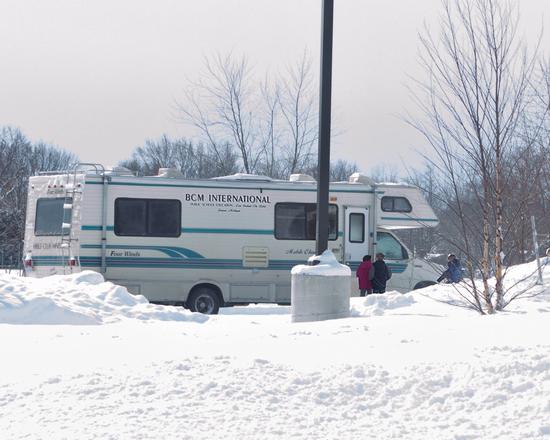 The Michigan Association of Civil Rights Activists (MACRA) heard about the unconstitutional endorsement of religion and sent a letter to district officials, who quickly capitulated. According to a press release from the group:

Hudsonville South Elementary School violated these rules by allowing BCM to conduct religious instruction on school property during school hours, by allowing the religious group to solicit and provide permission slips, and by distributing a flyer at the school promoting BCM’s “Released Time Bible Club” [see below]…

In 1984, BCM was banned from six Hudsonville elementary schools for operating Bible Clubs on school grounds during lunch hour. According to an article in the Argus Press, the Hudsonville Board of Education voted the group out after state officials warned that the bible classes were unconstitutional. (The Argus Press, November 2, 1984)

MACRA is pleased that the Hudsonville Public School District has again banned BCM from operating its Bible Clubs on school property while school is in session. 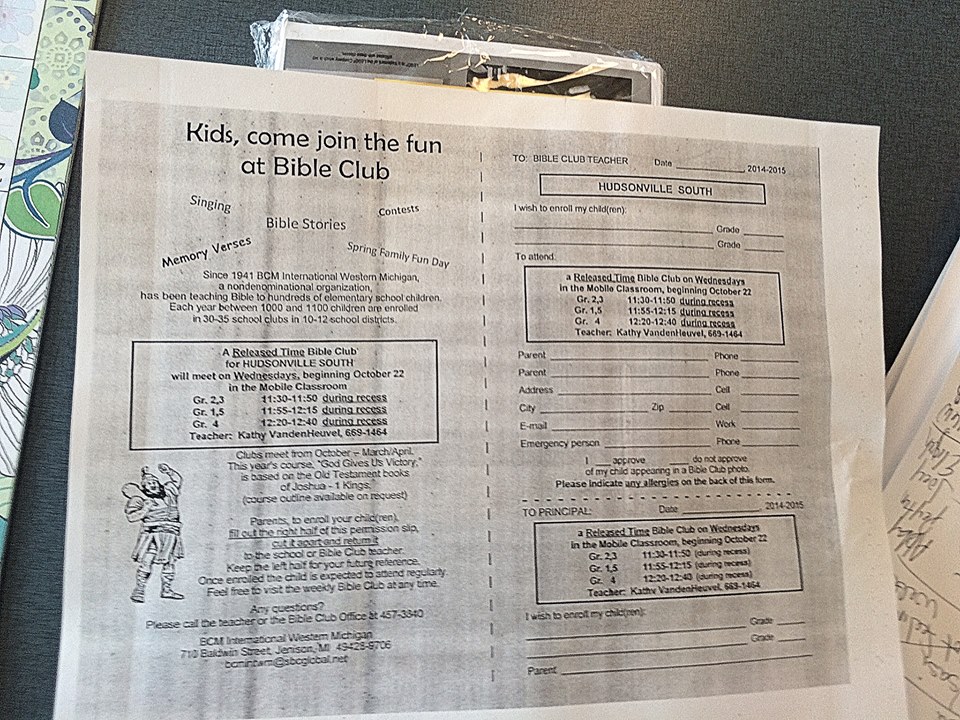 “In the future, any such [religious] instruction will not occur on school property during the school day,” wrote Catherine A. Tracey, an attorney retained by the school district to review and respond to MACRA’s complaint.

Attorney Tracey informed MACRA that all Hudsonville Public School principals have been notified of the change.

Kudos to MACRA for taking action and quickly resolving this matter.

February 27, 2015
I Once Signed an Abstinence Pledge and Wore a Purity Ring; Now, I'm a Sex-Positive Former Christian
Next Post

February 27, 2015 Leonard Nimoy, Who Played Mr. Spock on Star Trek, is Dead
Browse Our Archives
What Are Your Thoughts?leave a comment