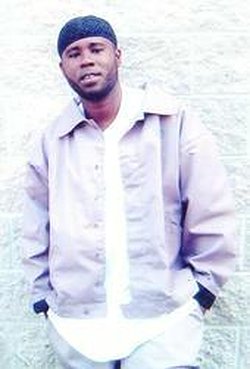 Teague is a Humanist who’s currently serving time at Lanesboro Correctional Institution in Polkton, North Carolina. He would like to gather with fellow Humanists just like Christians and Jews do behind bars, but prison officials won’t let him. Furthermore, the lawsuit says, they won’t even let Teague official identify as a Humanist. (He’s currently listed as “Muslim,” the faith he had growing up.)

Inmates who are members of Recognized Religions receive privileges, including but not limited to the following: (1) ability to meet with community-funded or volunteer chaplains on a regular basis; (2) ability to keep religious items in cells; (3) eligibility for enrollment in a religious correspondence course; (4) have community chaplain perform religious rites/rituals.

Inmates who are members of Recognized Religions are allowed to meet with their respective subgroups so that their communities can develop their ethical foundations with some sense of consistency in their teaching.

Humanist inmates cannot meet in groups in the same way inmates who are members of Recognized Religions can meet.

You would think the resolution to this would be quick and easy. Let the man identify as Humanist and let him gather with like-minded people.

But over the course of a few years of asking politely, it’s clear this problem isn’t getting resolved through the proper channels. Hence, the lawsuit.

“Giving special privileges to theistic inmates while denying the same to humanist inmates promotes religion over nonreligion in violation of the Establishment Clause of the First Amendment,” said Monica Miller, an attorney with the Appignani Humanist Legal Center. “The cases make clear that prisons must accord atheists and humanists the same treatment as theistic inmates when it comes to religious study groups.”

Not that it’s relevant to this particular case, but Teague is serving life sentences for “the shooting deaths of two men in Wayne County [North Carolina] in 1994.” He claims to be innocent.

You can read a first-person account of his philosophy here.

February 27, 2015
Hell is for Sale and the Folks Behind DAMNED Want to Purchase the Infamous Michigan Town
Next Post

February 27, 2015 Ada County Highway District Commission (in Idaho) Votes for Prayer at Meetings, Despite Overwhelming Opposition
Browse Our Archives
What Are Your Thoughts?leave a comment